WATCH: Enraged white Subway manager gets fired for shouting the N-word -- but she says she was the victim 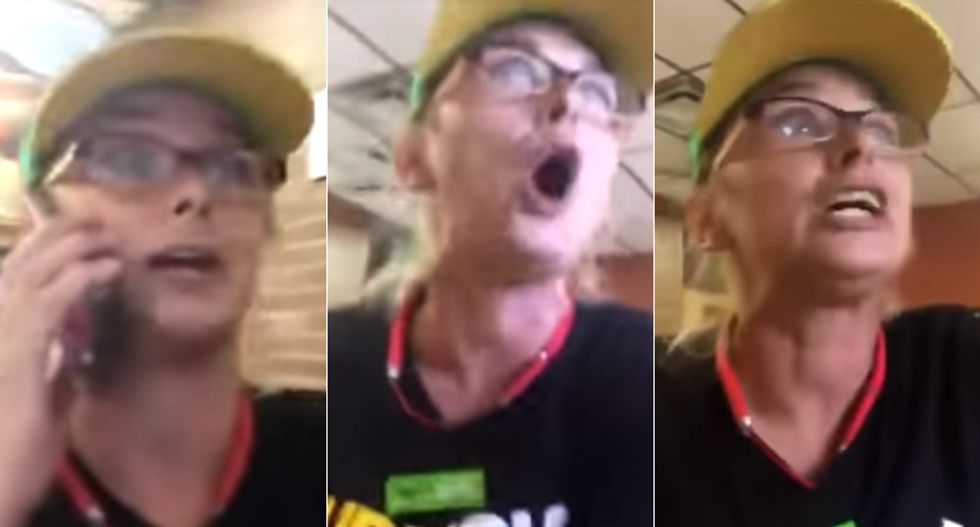 A manager of a Subway store in Birmingham, Alabama is now out of a job after she was caught on video screaming the N-word during a confrontation.

A two-minute video, uploaded to Facebook by Antuan Clark, shows April Epperson repeatedly screaming at Clark and telling him to get out of her store.

Clark was at the store to visit his sister, who had started her first day of work there.

"She's in training and while she's here she doesn't need a distraction. I'm going to need them to get away from the property or step off the property while she's at work,” Epperson told local news station WBRC.

Clark was eventually forced out of the door, and afterward Epperson can be heard in the video shouting the N-word at him.

"I got you on camera stupid mother*cker,” Clark responded. “You're fired."

Epperson told WBRC that Clark had hit her. But she apologized for using the racial slur.

"He punches me in my face and as soon as I shut the door, the only thing that came out of my mouth was, 'n***ger,' and I'm sorry. It could have been a Mexican standing there. It popped out of my mouth that's what that Mexican would have got called."

"That white person would have got called that too,” Epperson insisted.