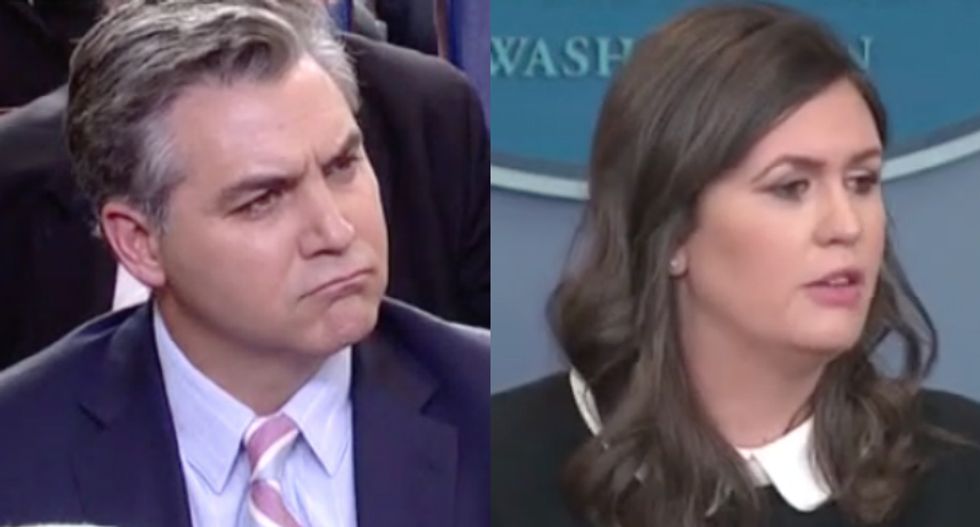 "The president is rightfully frustrated," Sanders said. "Ninty percent of the coverage on him is negative despite the fact that the economy is booming. ISIS is on the run. American leadership is being reasserted around the world."

She added: "Just this week the media refused to cover his remarks in Florida highlighting remarks on workforce. The governor of the state joined with dozens of business across the state of Florida to announce thousands of new jobs. That may not be news in Washington, D.C. But I can assure you it's news in the state of Florida that people that didn't have a job before this president took office had a better opportunity and an opportunity to move forward."

In a follow-up question, CNN's Jim Acosta pleaded with the press secretary to say that the media are not an "enemy" of the people, a notion espoused by Trump on Twitter.

Sanders, however, refused to utter the words.

"I think it would be a good thing if you were to state right here at this briefing that the press, the people who are gathered in this room right now, doing their jobs every day, asking questions of officials like the ones you brought forward earlier are not the enemy of the people. I think we deserve that," Acosta added.