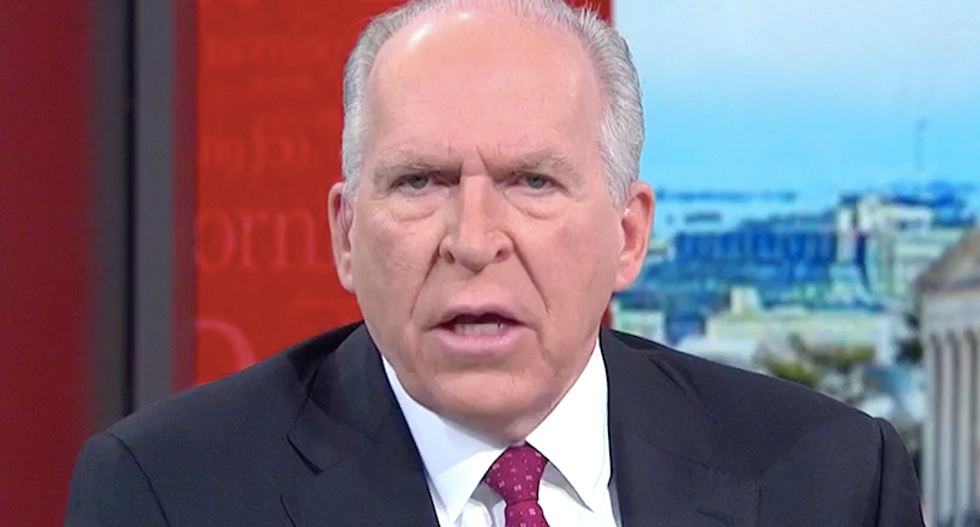 Brennan had been critical of the president's handling of the controversy surrounding the release of Omarosa Manigault-Newman's book on Twitter.

Quite a few observers pointed out that the administration's actions appear to be politically motivated, as well as driven by the president's need to shift the narrative away from Omarosa's damning claims.

Wednesday afternoon Brennan appeared on MSNBC and aired his concerns about the ramifications of Trump's actions.

"I pushed out a tweet expressing my concern about what I think is a politically motivated action by Mr.  Trump," he told Nicolle Wallace.

"It should worry all Americans."

He added: "I'm going to continue to speak out." He also compared Trump to "foreign despots."