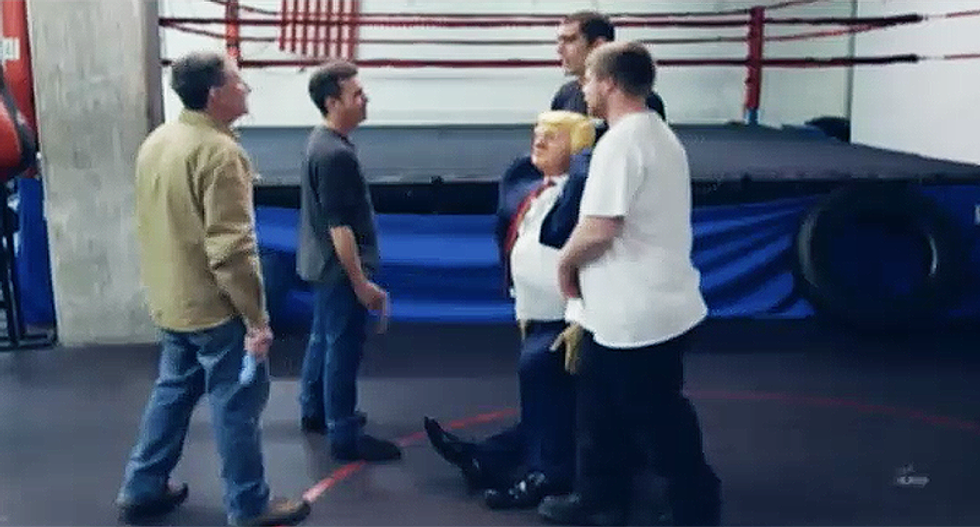 In Sunday's episode of "Who is America," Cohen, as anti-terror expert Col. Erran Morad, showed the man how they could infiltrate liberal protest groups like the anti-fascists known as Anti-Fa.

To get the men to a place where they can have conversations with liberals, Morad teaches them how many pounds of air is needed in a Nissan Leaf, an episode of the HBO series "Girls" they can reference, how to identify a lesbian and how to properly attack President Donald Trump.

When asked to describe the typical clothes of a radical lesbian the men quickly identified the woman as dressing in men's jeans, a flannel shirt and having short hair.

"Just trying to look like a guy," said one man.

"That would be hard," said the elder of the three men. "But I would do it."

He turned out to be the more enthusiastic of the three.

Morad then chose one of the best of the best to take with him to San Francisco for a liberal protest where the man could see if he blends in. Both of them appear in costume with the conservative man dressed like a lesbian in a pink knitted "pussy" hat.

Watch it all unfold below: