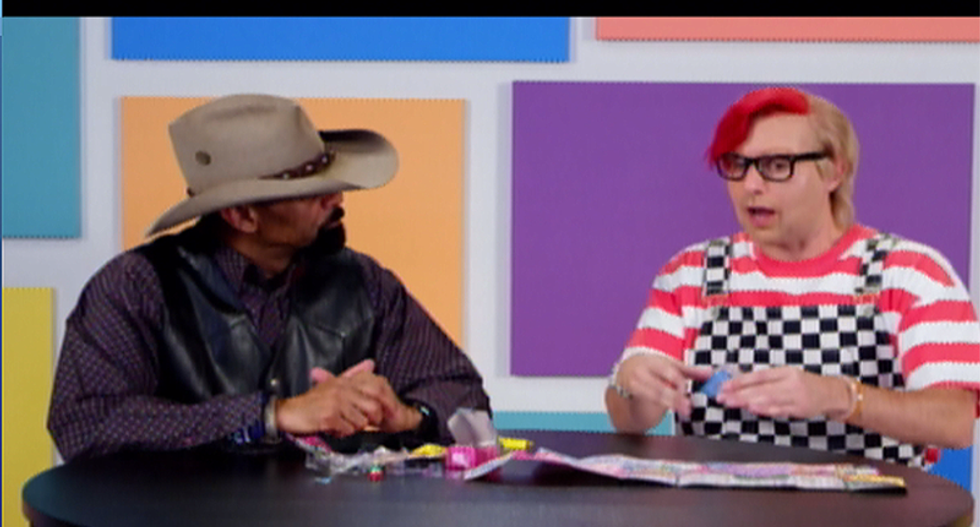 In an interview with Sacha Baron Cohen dressed as his Finnish YouTube personality OMGWhizzboyOMG, Sheriff David Clarke tried to explain that Antifa (or anti-fascists) are actually anarchists trying to bring down America.

"Again, this is not protesters," Clarke said.

He then spoke directly to Mackenzie Maple Donut, explaining she shouldn't join Antifa because they're responsible for killing police officers.

"So, if you were in Germany in the 1930s and the anti-fascists were marching, the Antifa were marching -- what would you have done to stop them?" Cohen asked.

"Well, you have to act aggressively," Clarke explained. "You've got to use force, disperse the crowd. You have to be willing to arrest people. Take them to jail."

Cohen agreed with Clarke, saying that it was "a shame there weren't brave sheriffs like [Clarke] around in Germany in 30s. Because you could have protected the fascists and let them speak their mind a bit clearer and then things could have been done a bit quicker."

Clarke explained that no one wants to "take sides."

After unboxing the toy, Cohen then managed to get Clarke to sniff his fingers.

"They smell sweet," he said.

"I'm not going there," Clarke said.

Cohen's character revealed that his sister was actually killed and that the police were corrupt in the investigation.

They ended by doing jazz-hands together.

Watch the bizarre video below: