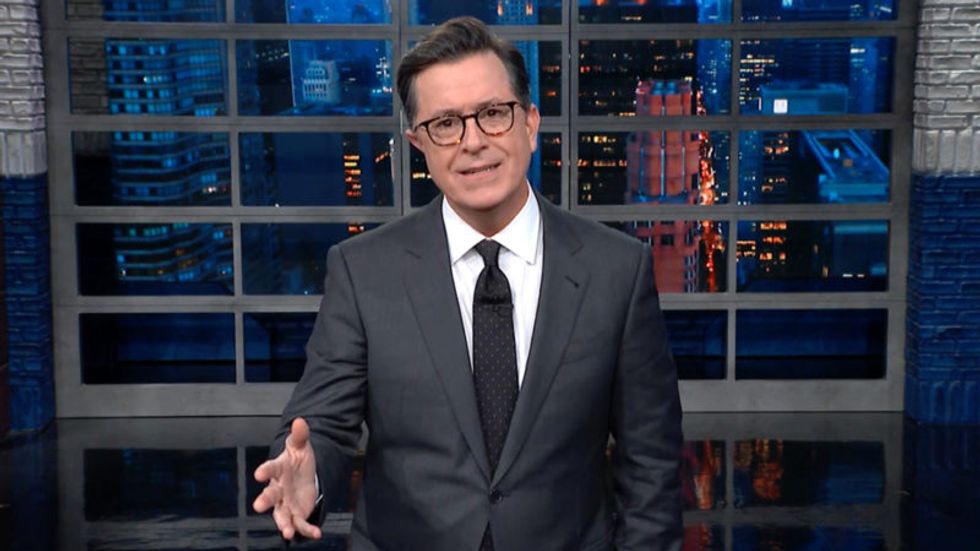 On Thursday's Late Show with Stephen Colbert, he mocked President Donald Trump's announcement that he wants to launch a Space Force.

"Longtime viewers of the Trump administration will remember the space force as the president's boldest idea that he got from a Buzz Lightyear happy meal toy," Colbert said.

"It's stupid, we already have NASA," Colbert said.

He then said that Vice President Mike Pence loves the idea of Space Force because "it's the furthest you can get from being alone with a human woman."