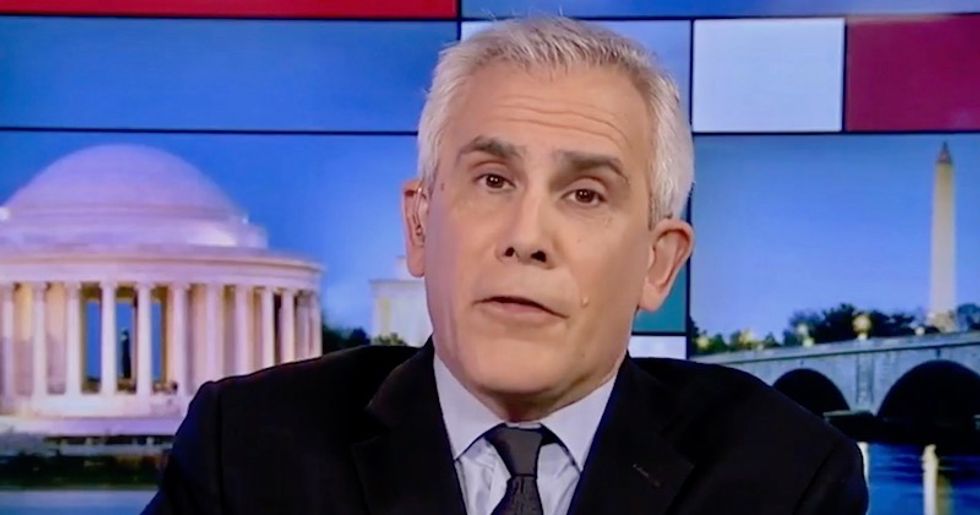 David Corn talks about the NRA on MSNBC/Screenshot

In May, the president of the National Rifle Association announced that he would not seek election and would step down and leave the post to Col. Oliver North.

Mother Jones reporter David Corn has written that it may have had something to do with the scandal surrounding the Russian spy Maria Butina that infiltrated the organization. Corn suggests that the group knew the news was coming, and wanted to unload senior officials who were tied to Russian intelligence.

The way that North's ascent was introduced—suddenly and with odd syntax—is something that made Corn suspicious.

He became even more suspicious after looking into the organization's bylines, which set up a carefully orchestrated system for grooming its leadership. The protocols were broken with Oliver's rapid rise to the presidency.

Watch the full explanation below.