WATCH: White Long Beach train passenger drags black man having a seizure onto platform and then just leaves him there 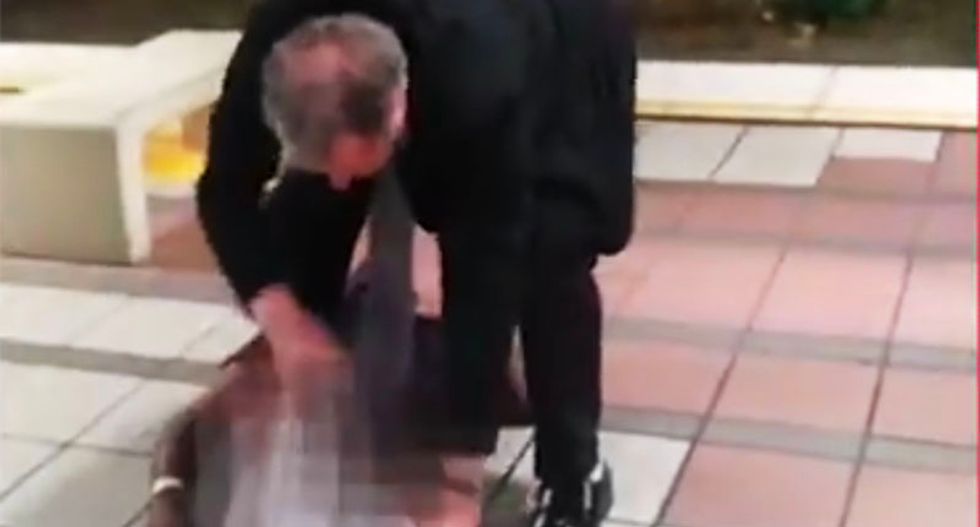 A white man in California is being accused of dragging a black man suffering from a seizure off of a train so that he could get home quickly, reported ABC 7 News.

In a video recorded by another passenger, the businessman is seen dragging the man -- who appeared to be unconscious -- onto the platform then pulling up his pants before reentering the train car.

“So this dude is passed out on the train and this motherf*cking white boy is doing the motherf*cking most,” the man said in the video. “This motherf*cker just yanked him off the f*cking train so he won’t have to stop and miss his f*cking ride.”

According to the witness, none of the other passengers complained about having to wait for the paramedics.

"That’s that bullsh*it white people do because y’all feel y’all can get away it,” the man filming the incident added.

Later in the video, the white passenger is seen trying to help the man he just dragged onto the platform.

“Don’t try and act like you give a f*ck now. You the one who dragged him out here,” the witness said.

The two men in the video have not been identified. Transit official released this statement: “Obviously, this is very disturbing and we never want to see this on our system,” the statement read. “We’re getting all the facts including reviewing the video from the train and the platform, and we’ll share more details when they’re available. If someone is in distress, we encourage people to call 9-1-1 for medical assistance.”

Watch below via FOX 11 Los Angeles.