WATCH: White nationalist leader humiliated after his dad orders him to 'get out of my room' during podcast 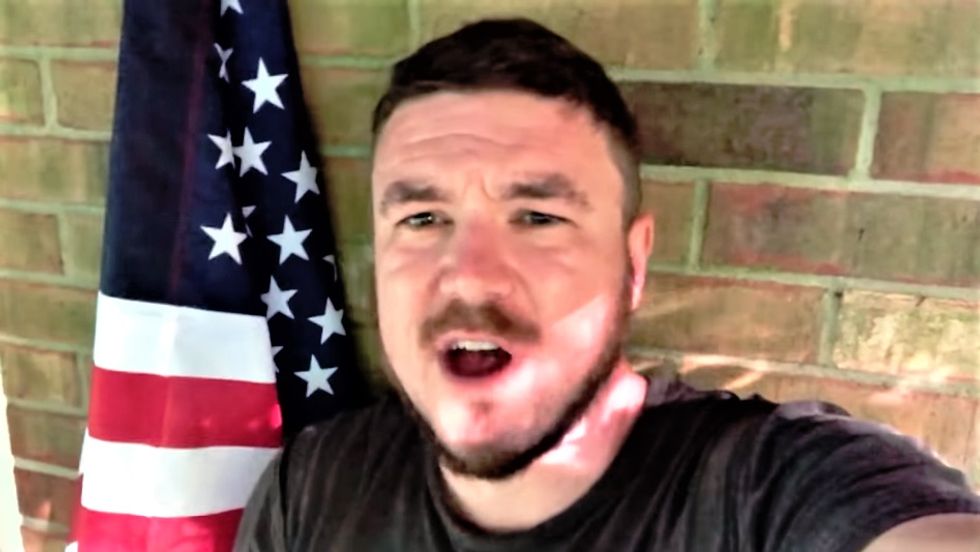 Jason Kessler, the man who organized the recent failed "Unite the Right" white nationalist rally in Washington DC, suffered an additional humiliation recently when his own father interrupted a livestream broadcast with white nationalist Patrick Little.

As Vox's Zack Beauchamp reports, Kessler and Little earlier this year were in the middle of a live joint broadcast in which they attacked Jewish people when Kessler's father walked in and yelled at his son to "get out of my room!"

"Sorry, I'm having an issue here," an embarrassed Kessler explained to Little.

"You got a drunk roommate there?" asked Little.

The two tried to continue talking about their mutual distaste for Jews, but Kessler's father once again interrupted him and ordered him to leave his room.

"I'm going to assume that's a parent there," Little remarked.

"It's my father," Kessler admitted.

As Beauchamp writes, Kessler was forced to move back in with his parents because he's been hit with multiple lawsuits related to the violence that broke out during the original 2017 "Unite the Right" rally in Charlottesville, Virginia.

Watch the video, which started circulating the web in late June, of Kessler and Little below.

Unite the Right 2 organizer, Nazi failure Jason Kessler gets yelled at by his dad for being a Nazi while livestream… https://t.co/JKPOOqgIUQ
— Flyingovertr0ut (@Flyingovertr0ut) 1534259021.0