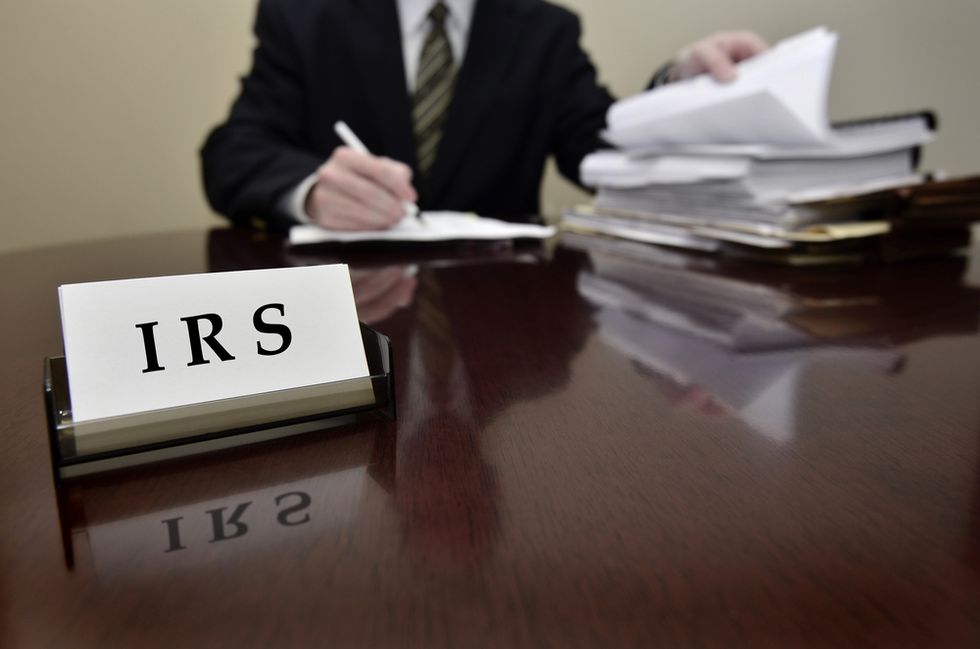 A suited man goes through accounting books with an IRS business card on his desk. Image via Shutterstock.

A whistleblower claims that the Internal Revenue Service has been tipping off members of Congress to corporate takeovers in an alleged insider trading scam.

New York Post business reporter John Crudele wrote that a former IRS employee came forward with the claim last week. When he contacted the IRS for comment about the potential scandal, he was "essentially told to get lost."

Crudele noted that along with helping pad congressional pockets, the whistleblower claimed that IRS employees benefitted from the takeover knowledge as well.

The Post's source claimed to be "one step" below the rank of executives allowed to benefit from insider trading, but was nevertheless "expected to inform my supervisors of any and all mergers."

The man claimed he was fired and retaliated against when he didn't follow the merger order.

"The one day I was informed of a merger between [two big companies] I was the case manager on that audit," the alleged former IRS employee said. "I refused to inform my manager.”

"[The manager] first produced a memo and then suspended me for failing to inform him of the merger, so he could tell his own supervisor,” the man continued. "It seemed that that supervisor had planned on paying off his home mortgage with the merger information to the tune of $1 million plus."

The supervisor wasn't the only one who reportedly sought to profit from the information.

"My boss’s supervisor had planned on informing his manager, who then could contact members of Congress so they could invest and profit from this information,” the whistleblower wrote. “It was a way of securing a comfortable job on one of the boards like the Smithsonian once they retired."

When Crudele reached out to the IRS' inspector general's office for comment on the story, he was told that no such scheme existed and advised that his whistleblower should contact the IRS hotline.

"All complaints are taken very seriously," an IRS spokesperson told the reporter.