‘White, clean girl’ tells cops not to arrest her after blowing through a stop sign at 60 mph: police 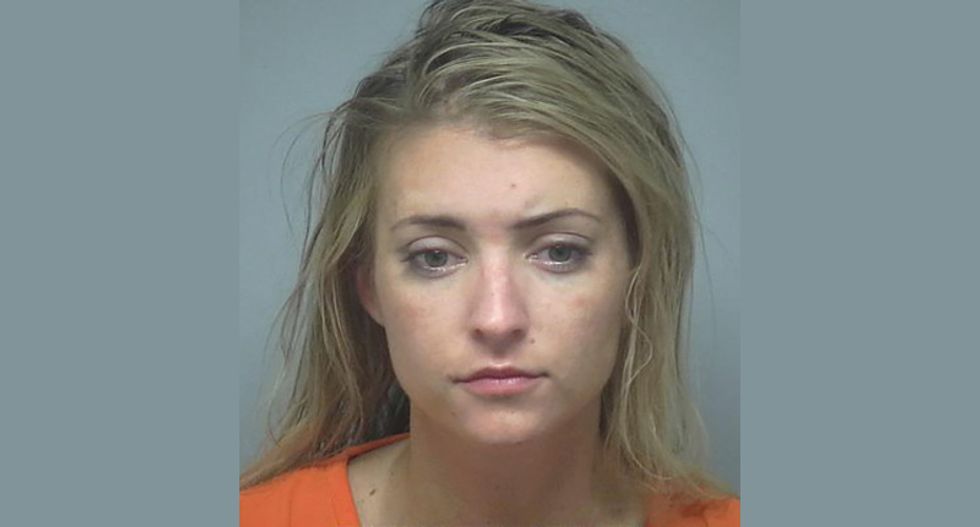 Police in South Carolina detailed the "unusual" statements made by a white woman attempting to avoiding an arrest for driving under the influence, citing it as evidence to "further demonstrate the suspect's level of intoxication," the Island Packet newspaper reported Monday.

After her car reportedly blew through a four-way stop at 60 miles per hour, police pulled her over and noticed bloodshot and glassy eyes.

Lauren Cutshaw, 32, was identified by the NY Post as the woman involved in the incident at 1:45 a.m. Saturday.

A breathalyzer test reportedly put her at a .18 blood alcohol level -- more the double the .08 limit to drive in South Carolina.

Cutshaw, however, had arguments for police that she had hoped would outweigh the evidence against her.

“I’m a white, clean girl,” Cutshaw said, according to the police report.

When police asked her about the relevance of her comment, she allegedly replied, “you’re a cop, you should know what that means."

Her other arguments against arrest included the fact that she was a cheerleader and a sorority girl who graduated from a "high (sic) accredited university."

She also said her partner was a police officer.

Cutshaw was arrested and booked into the Beaufort County Detention Center on charges of driving under the influence, speeding, disregarding a stop sign, simple possession of marijuana, and possession of drug paraphernalia charges.

“Making statements such as these as a means to justify not being arrested are unusual in my experience as a law enforcement officer and I believe further demonstrate the suspect’s level of intoxication,” the arresting officer wrote in the report.