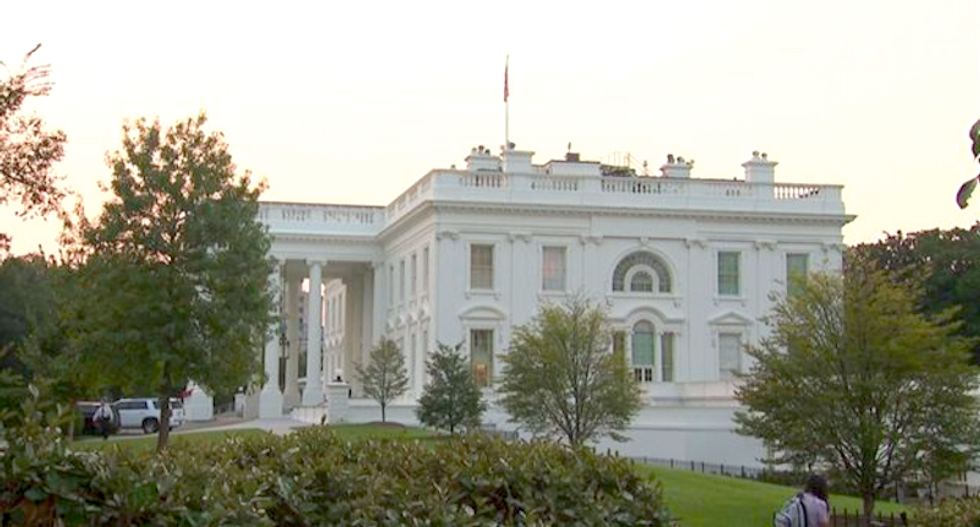 The flag was flown at half-staff to mark the passing Saturday of the 81-year-old McCain after a battle with brain cancer, but was flying high the following day.

Flags are typically flown at half-staff on a president's executive order until the day of internment, which is scheduled for Sunday at the Naval Academy.

McCain will lie in state at the U.S. Capitol and Arizona State Capitol, and memorial services will be held in Phoenix and Washington.

Flag back at full staff atop WH. Pres Trump did not issue proclamation on the death of @SenJohnMcCain, which usuall… https://t.co/CMwJX4yQCs
— Mark Knoller (@Mark Knoller) 1535366788.0