50 years in the making, Orson Welles' last film makes it to the screen 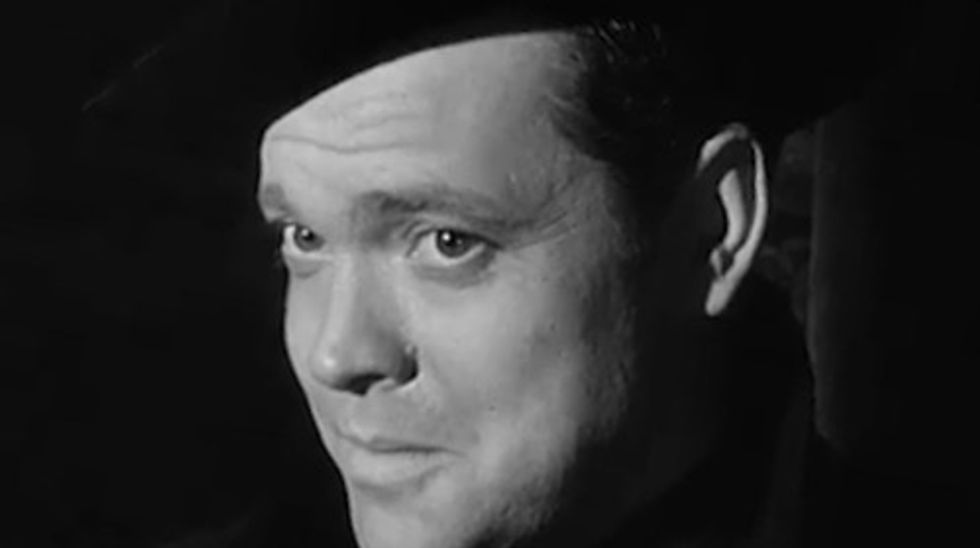 It is the stuff of movie industry legend: the director of the best film ever made leaves behind an unfinished movie destined never to be seen - until now.

Five decades on from its conception, after years of financial and legal wrangling, the film has been completed, a gift to movie buffs who will probably spend the next 50 years decoding it.

“The Other Side of the Wind”, which The Hollywood Reporter called “the Holy Grail for zealous film buffs, the long-awaited bookend for ‘Citizen Kane’,” is art imitating life imitating art: itself the story of an unfinished film left behind by a great director and reconstructed after his death.

John Huston - a famous director in real life - plays Jake Hannaford who, hours before his death in a car crash, shows his unfinished movie to guests at his 70th birthday party.

That film-within-a-film is self-consciously arty, with plenty of female nudity, reminiscent of late 1960s movies such as Michelangelo Antonioni’s “Blow Up” or some of Jean-Luc Godard’s films of the time.

“The old guy’s trying to get ‘with it’,” says one viewer. “Is that what this movie is about?”

The party is populated by a host of filmmakers, journalists and hangers-on, all commenting on the art of movie-making and many shooting their own footage as the story unfolds - film clips that make up much of the movie we are watching, in a pioneering version of the “found footage” technique often used in modern horror films.

“People talk about these reality shows and found footage movies but I think it’s very interesting that Orson Welles was there first,” Bob Murawski, the film editor who had the task of reconstructing “The Other Side of the Wind”, told reporters.

“The conceit of the movie is that it’s shot by many documentary filmmakers, camera people, all shooting with different film stock and cameras. I think it’s why it seems so contemporary because years later people picked up on that technique and that’s the style that Orson invented in the 70s.”

The Guardian film critic Peter Bradshaw called “The Other Side of the Wind” a “hurricane of anger and wit”.

“Perhaps leaving it unfinished was Welles’s ultimate, secret tribute to the central truth of ‘The Other Side of the Wind’: how the agony and the ecstasy of creative art lies in the process not the product, and how the finished work will never measure up to the ideal version in your head.”

“The Other Side of the Wind” had its world premiere at the Venice Film Festival, which runs from Aug. 29 to Sept 8.