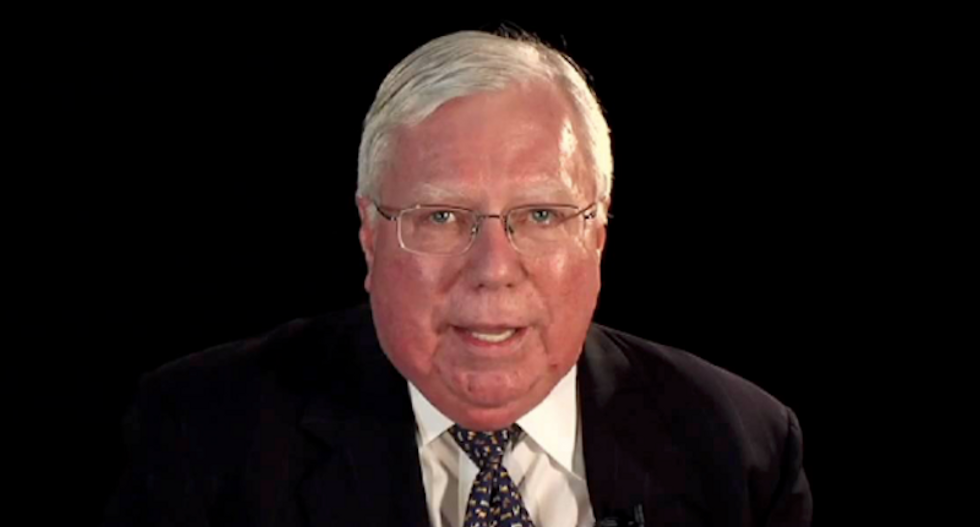 On Wednesday, Special Counsel Robert Mueller's probe expanded to include Jerome Corsi, the so-called "birther king." Corsi is most widely known for promoting the conspiracy theory—amplified by Donald Trump—that former President Barack Obama was not born in the US.

”He fully intends to comply with the subpoena,” his lawyer told the New York Times. He also said his client thought “it has to do with his communications with Roger Stone.”

Here's a quick primer on the birther king.

1. Corsi has served as the DC bureau chief for InfoWars, conspiracy theorist Alex Jones website. Recently, tech companies scrubbed much of InfoWars content from their platforms in the interest of quelling the spread of false conspiracy theories.

2. Corsi recently lobbied to have teachers armed to prevent school shootings—even though InfoWars is best known for suggesting that school massacres, including Sandy Hook, were staged with crisis actors.

3. Despite representing a site peddling conspiracy theories, Corsi was given access to White House press briefings.

4. In his book Black Gold Stranglehold, Corsi challenged the scientific consensus on the origins of fossil fuels, arguing that dinosaurs couldn't have been converted into oil and that oil was not a scarce commodity.

5. Corsi also challenged Republican presidents, claiming that George W. Bush planned to create a North American Union to replace the US. It's currency? The Amero.

7. He's claimed that Adolf Hitler was rescued from his bunker by helicopter, and smuggled to Argentina on a submarine.

8. Corsi's obsession with Barack Obama did not end with his birth certificate. He also said that Obama was secretly gay and previously married to a man.

9. Most recently, Corsi penned "Killing the Deep State: The Fight to Save President Trump" which suggests that intelligence agencies are conspiring to destroy the administration of Donald Trump.