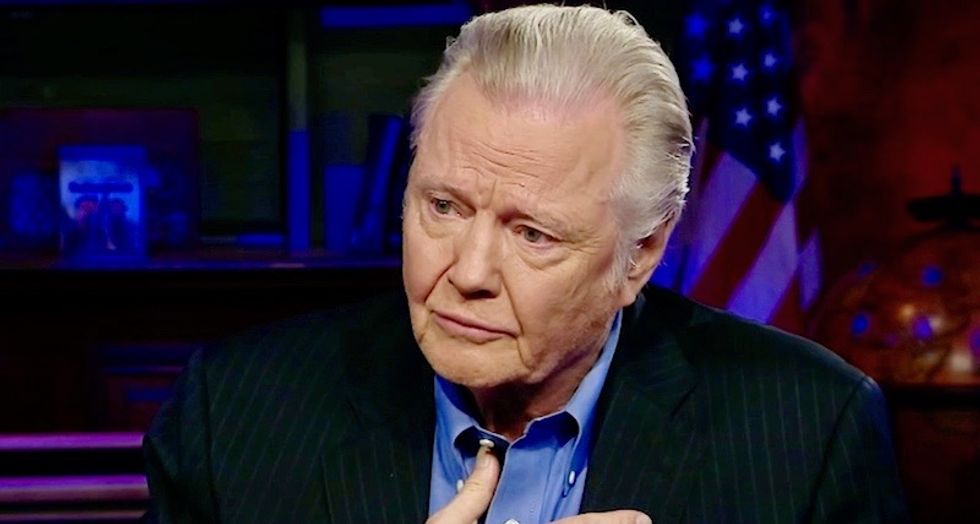 Jon Voight, 79, was a liberal in the 60s who has grown conservative with age. He has quarreled with others in Hollywood after developing his new outlook.

Voight, who is the father of Angelina Jolie, was also a very early Trump supporter.

On Levin's show, Voight told the story of his flight to appear on the show, where he asked an actress traveling with him what she thought of "our man" Trump.

"She just did this," Voight said, touching his heart and beginning to cry.