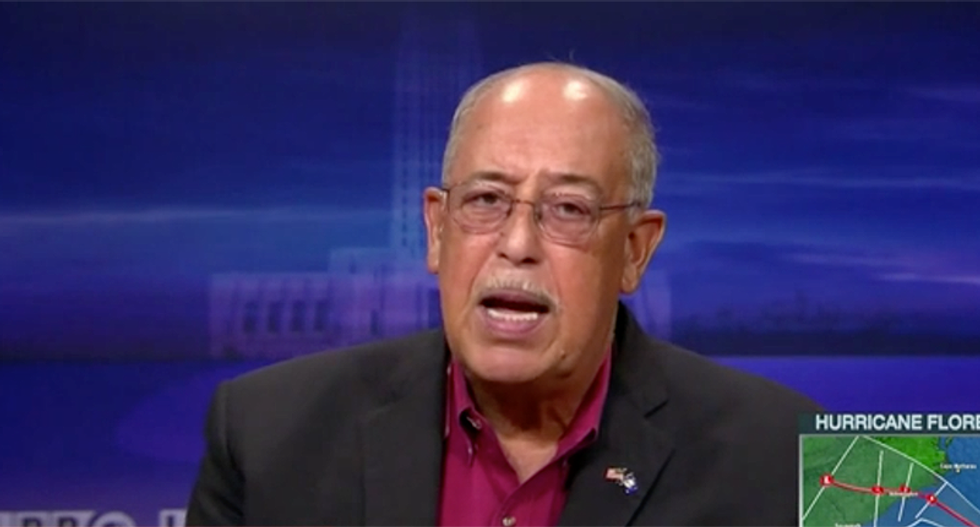 Tuesday, President Donald Trump swore that his administration was prepared for Hurricane Florence as it bears down on the east coast. Then again, they said that about Hurricane Maria too. While the government finally acknowledged failure after failure, Trump called the hurricane an "unsung success" story.

"The general will remain a heroic figure during and after Katrina because his presence was a turning point and brought hope to a situation of almost total hopelessness," said MSNBC host Brian Williams.

When speaking to Williams, Honoré said that he believes the numbers from Puerto Rico are still probably being under-reported.

"It was slow to the point that the federal general didn't go there until eight days after the storm hit and we never got over 100 helicopters in what is described, as the president said, one of the worst disasters in the history of the country," he said. "But Brian, what I learned between hurricane Katrina and Rita when you're given another hurricane watch to look out for, don't spend a whole lot of time talking about the last storm, talk about the future storm. And I think the people in Puerto Rico -- it's going to take eight to ten years to recover, and the president's words are not encouraging."

Honoré went on to say that there should be hearings in Congress to understand what happened with Hurricane Maria and ensure it doesn't occur again.

"That was a category 4 storm, and we did not maneuver enough assets using the expeditionary capability of the United States military to basically follow that storm in," he said.

When speaking about Florence, the retired general said the one thing he didn't hear from FEMA in the briefing today was "how many ships are going to be coming in after the hurricane, how many hundreds of helicopters on standby from the Department of Defense, how many high clearance trucks are on standby."

He explained that the states have thousands of National Guard members each and that they'll be needed.

"What I heard FEMA say was they had 800,000 liters of water," he said. "If you evacuate a million people, the math don't work. They have less than half a million meals. They need to stay out of logistics and make sure we've got the response ready dealing with assistance from large units like the military to help do the search and rescue."

He warned that if people don't do evacuation in a timely manner lives could be lost while people are still on the road.

"If that storm came in at a category 4, just about everything under that cone of uncertainty is not going to have electricity," he continued. "And the people who decided to stay back, they need to understand this. The United States Army is evacuating the people from the coast and the army bases. The United States Marine Corps have moved inland and moved the Marines to Georgia away from the storm. The United States Navy has moved its ships out to sea and sent the families inland."

He warned that those who think they can ride it out should take a cue from the military instead.