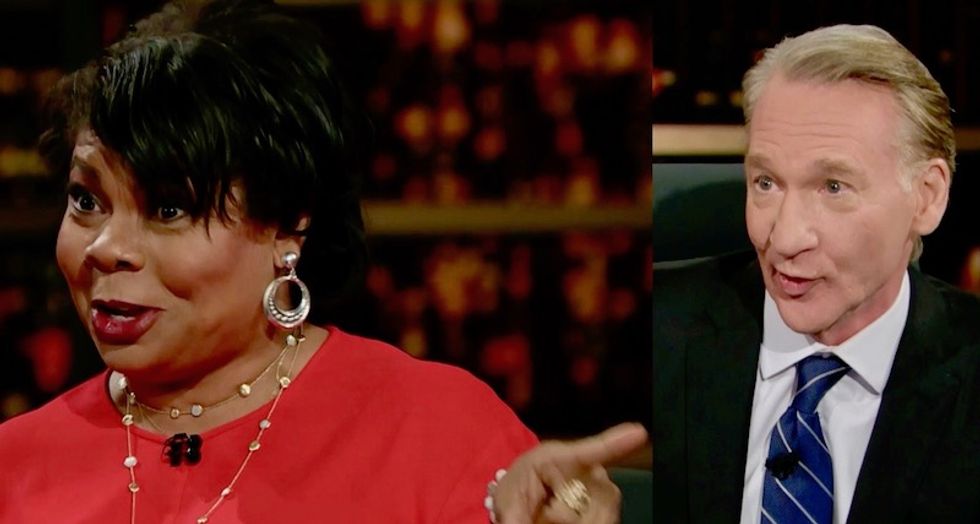 The panel featured CNN's April Ryan, who said Kavanaugh could end up seeing his Supreme Court seat slip away, and author Max Brooks, who unloaded on Kavanaugh and Graham.

Maher said that Kavanaugh's many lies are going to catch up to him as the FBI investigates the accusations.

"I always say acting is not that hard," Maher said. "Anyone can do it."

Maher said that he thought that Kavanaugh made up the story about his crying daughter saying that she wanted to pray for his accuser Dr. Christine Blasey Ford.

"I believe that was acting," Maher said. "And I also don't even believe his 10-year-old daughter said 'Let's pray for that woman.' That's what actors do. They make sh*t up!"

Ryan tried to defend Kavanaugh because "he cried so hard."

"You want me to give you a fake cry?" Maher said. "Acting is not that hard and we all do it every day."

Maher also unloaded on Graham and discussed the ways in which the president ends up "Trumpifying" people.

"Lindsey Graham needs the stabilizing influence of his dead boyfriend," Maher said, referencing the late John McCain. "That was a performance, also."

The panel broke down laughing with Ryan cracking up while feeling guilty about it.

"Lindsey Graham has always been the beta male," he said. "John McCain was the alpha, he was the sidekick... And now he's lost his protector, he's lost his big brother, and now he's always looking for protection."