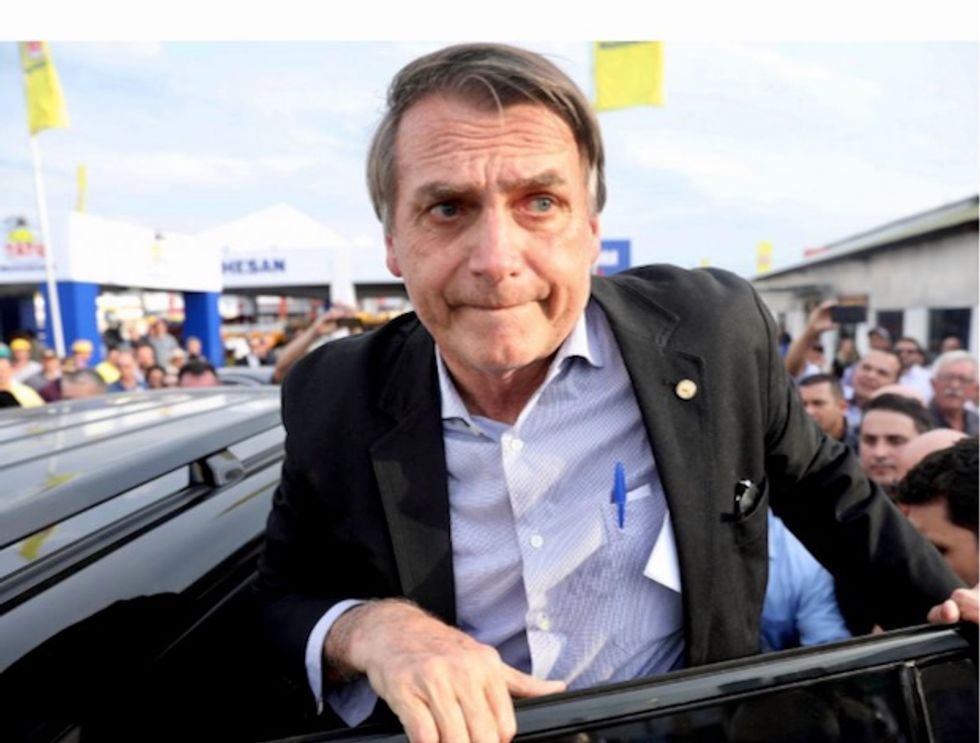 Brazilian far-right and opinion poll-leading presidential candidate Jair Bolsonaro was stabbed in the abdomen while campaigning on Thursday, and Globo TV reported he is undergoing surgery.

Police in Minas Gerais state, where Bolsonaro was attacked, told Reuters they detained a man at the scene. Police did not identify the suspect.

Globo TV showed images of Bolsonaro atop the shoulders of supporters in the midst of a crowd in Juiz de Fora in Minas Gerais state when he was stabbed.

Bolsonaro screamed in pain, then fell backward into the arms of those around him. It took a few moments for the crowd to realize what occurred, but they quickly rushed the candidate out of the street.

Bolsonaro, who has spent nearly three decades in Congress, is a law-and-order candidate who routinely says that Brazilian police should kill suspected drug traffickers and other criminals at will. He has openly praised Brazil’s military dictatorship and in the past said it should have killed more people.

Bolsonaro faces trial before the Supreme Court for speech that prosecutors said incited hate and rape.

Fernando Haddad, who will likely be the Workers Party presidential candidate, said the stabbing was a “shame” and a “horror.” Leftist rival Ciro Gomes took to Twitter to express outrage at the political violence.

Next month’s election is the most unpredictable since Brazil’s return to democracy three decades ago. Political corruption investigations have jailed scores of powerful businessmen, politicians and alienated voters who are infuriated with their representatives.