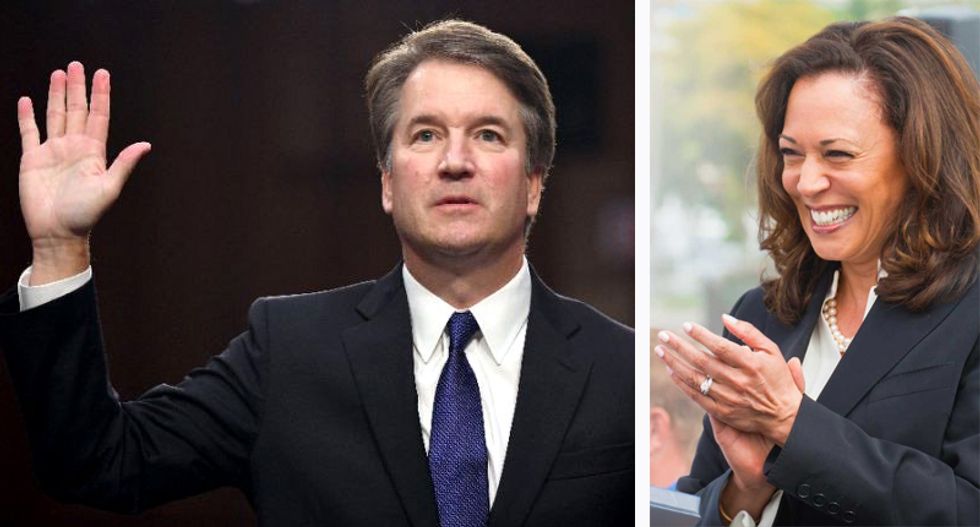 During sworn testimony before the Senate Judiciary Committee, Sen. Kamala Harris asked Judge Kavanaugh a seemingly insignificant question concerning the earlier testimony by Dr. Christine Blasey Ford, that he was being questioned to rebut.

“I only have a few seconds left and I’ll just ask you a direct question: did you watch Dr. Ford’s testimony?” Harris asked.

“I did not,” he acknowledged. “I planned to, but I did not, I was preparing mine.”

There may be added significance to the question by Harris, a veteran prosecutor who served as Attorney General of California and District Attorney of San Francisco.

"Among those watching Dr. Ford’s testimony was Judge Kavanaugh, a committee aide said, from a monitor in another room in the Dirksen Senate Building, where he awaits the opportunity to tell his side of the story later today," The Journal reported.

Lying to Congress is a federal crime.