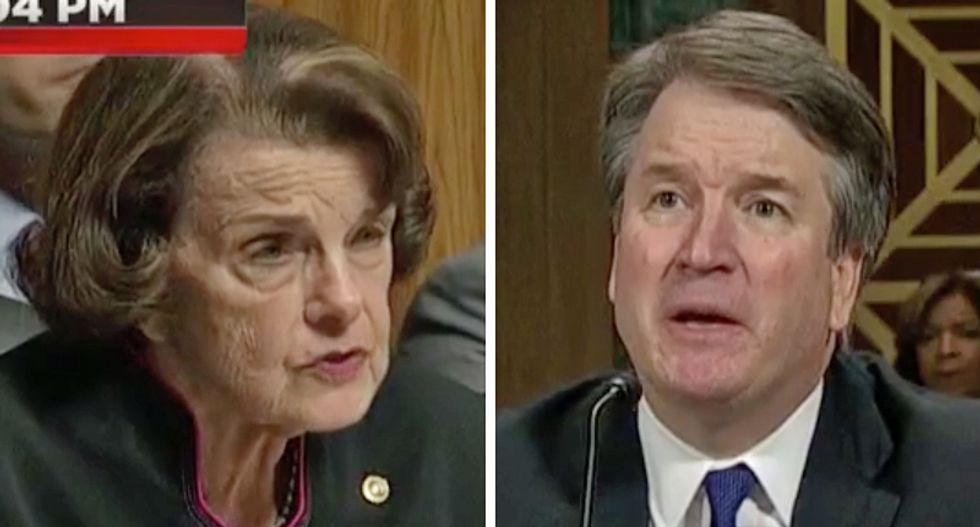 Judge Brett Kavanaugh lashed out at a female Democratic Party senator for asking why he has still refused to ask the FBI to investigate multiple allegations of sexual assault against him.

"Judge Kavanaugh, it's my understanding that you have denied the allegations by Dr. Ford, Ms. Ramirez and Ms. Swetnick. Is that correct?" asked Sen. Dianne Feinstein (D-CA), the ranking member of the Senate Judiciary Committee.

"Senator, I'll do whatever the committee wants, I wanted a hearing the day after the allegation came up," he angrily replied, without answering her question.

"My family has been destroyed by this, senator, destroyed and whoever wants -- whatever the committee decides, you know, I'm all in immediately," he continued.

"It would just seem to me, then when these allegations came forward that you would want the FBI to investigate those claims, and clear it up once and for all," she noted.

"It's an outrage that I was not allowed to come and immediately defend my name and say I didn't do this and give you all this evidence," complaining about the process laid out by Chairman Chuck Grassley (R-IA).

"You know, we hear from the witnesses, but the FBI isn't interviewing them and isn't giving us any facts. so all we have --" she continued, before being interrupted.