Brett Kavanaugh says he was 'basically' never a belligerent drunk 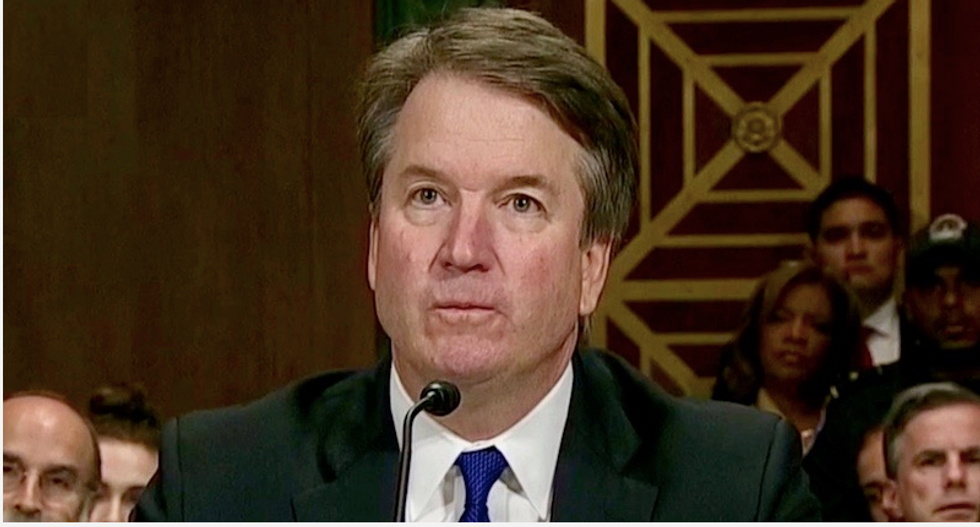 The senators also asked him about reports that he could be belligerent when drunk as well as accounts by his former classmates that he would drink until he blacked out.

When Sen. Chris Coons ((D-DE) asked him if he ever became belligerent when he drank or has ever forgotten a night after drinking.

"Those are two different questions," he replied. "I already answered the second one."

"As to the first ... ah ... I think the answer to that is basically no. I don't know really what you mean by that. Like ... what are you talking about. I guess I don't mean it that way but uh ... no is the basic answer, unless you are talking about something where ... that I'm not aware of that you're going to ask about."

"The reason I'm asking we've had a very brief period of time to weight outside evidence and I'll join my colleagues in saying I wish we had more evidence in front of us today."

Coons then brought up a former classmate—now a medical doctor—who'd told the committee that it's not credible for Kavanaugh to claim he'd never had memory lapses.

"Brett was a sloppy drunk and I know because I drank with him," Coons quotes the former Yale student.

"I do not think that's a fair characterization" he retorted.