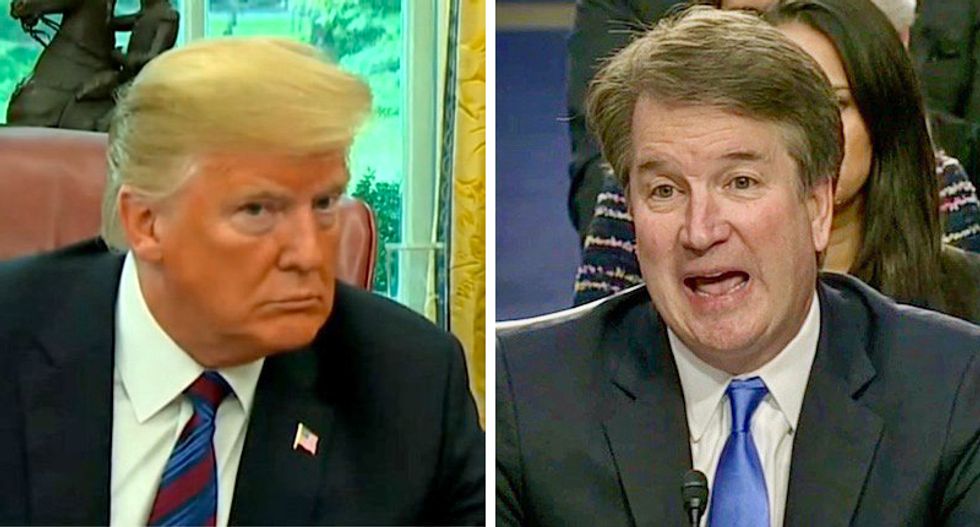 During a short break in the contentious hearings to confirm Judge Brett Kavanaugh to a lifetime appointment on the United States Supreme Court, CNN's chief national correspondent declared that the nominee "went full Trump" in his highly political attacks.

During his Senate Judiciary Committee hearings, Judge Kavanaugh claimed that the allegations of sexual assault against him were a conspiracy by Democrats.

"If you're a Supreme Court justice, you're not supposed to be partisan or political ... you're supposed to be above that," CNN's Wolf Blitzer noted. "So let's say he's confirmed, how does he get above that given the angry, very angry statement he made accusing the Democrats of engaging in a conspiracy to destroy his life?"

"Are they swayed by a Donald Trump nominee who became a Trump fighter today -- attacking the Democrats, the Clintons?" King wondered.

"Brett Kavanaugh went full Trump today, does that appeal to them or does it repulse them?" he wondered.