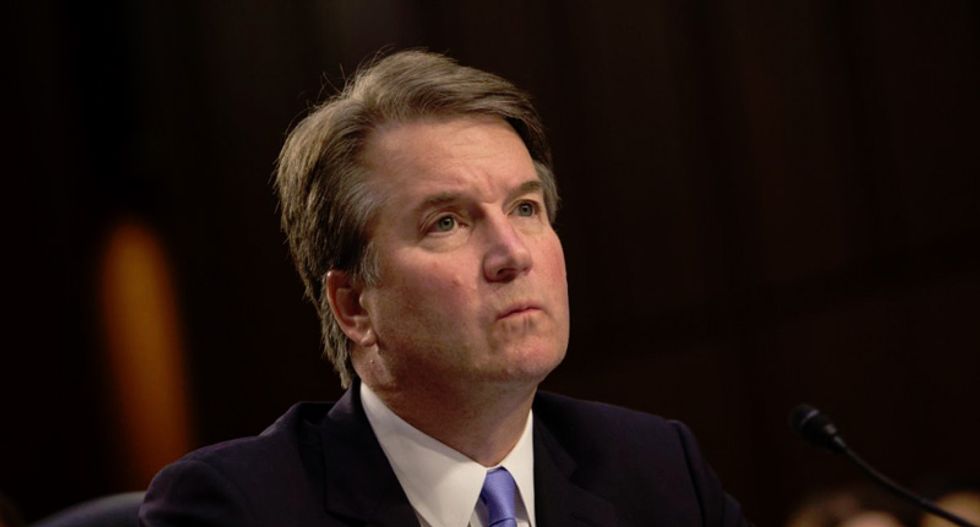 A woman who has accused President Donald Trump’s U.S. Supreme Court nominee, Brett Kavanaugh, of sexual misconduct decades ago is willing to publicly testify before a Senate panel set to vote this week on his nomination, her lawyer said on Monday.

Christine Blasey Ford has accused Kavanaugh of trying to attack her and remove her clothing in the early 1980s when they were both high school students. Kavanaugh, the Republican president’s second nominee for a lifetime appointment to the nation’s highest court, has denied the allegations.

The accusation has threatened to complicate his nomination, which must be approved first by the Senate Judiciary Committee and then by the full chamber, which is narrowly controlled by Trump’s fellow Republicans. A panel vote is scheduled for Thursday, just weeks before the congressional midterm elections.

Some Republicans on the panel have said the accuser should have a chance to tell her story, a view echoed by White House senior adviser Kellyanne Conway on Monday.

In television interviews early Monday, Ford’s Washington-based lawyer, Debra Katz, said her client would be willing to speak out publicly. Asked if that included testimony under oath at a public hearing before senators, Katz told the CBS “This Morning” program: “She’s willing to do what she needs to do.”

Katz’s comments suggested any public hearing, however, could be explosive. Ford, now a California professor, believes Kavanaugh’s alleged actions were “attempted rape” and “that if it were not for the severe intoxication of Brett Kavanaugh, she would have been raped,” Katz told NBC’s “Today” program.

Katz told CBS that Ford had consumed a beer but was not drunk.

Senate Judiciary Committee Chairman Chuck Grassley plans to speak with Kavanaugh and Ford before the committee’s scheduled vote, according to a panel spokesman.

Senator Lisa Murkowski, one of two Republican women on the panel, told CNN late Sunday they “might have to consider” discussing a possible delay.

Fellow Republican panel member Jeff Flake has urged the committee to delay its vote until it hears from Ford while another committee Republican, Lindsey Graham, welcomed hearing from Ford but said it should “be done immediately so the process can continue as scheduled.”

Democrats on the panel came forward with the allegation from the unnamed accuser last week, but Ford identified herself in an interview with the Washington Post published on Sunday.

Ford has not responded to a Reuters request for comment.

Conway said sworn testimony from both Kavanaugh and Ford on the specific allegation should be considered as part of the record in the judge’s hearings. “This woman should not be insulted and she should not be ignored,” Conway said in an interview with Fox News.

White House spokeswoman Kerri Kupec, in a statement, said Kavanaugh and the White House both stand by the judge’s denial of the allegation.