BUSTED: Brett Kavanaugh lied about 'busting tail' to get into Yale with 'no connections' -- he was a legacy 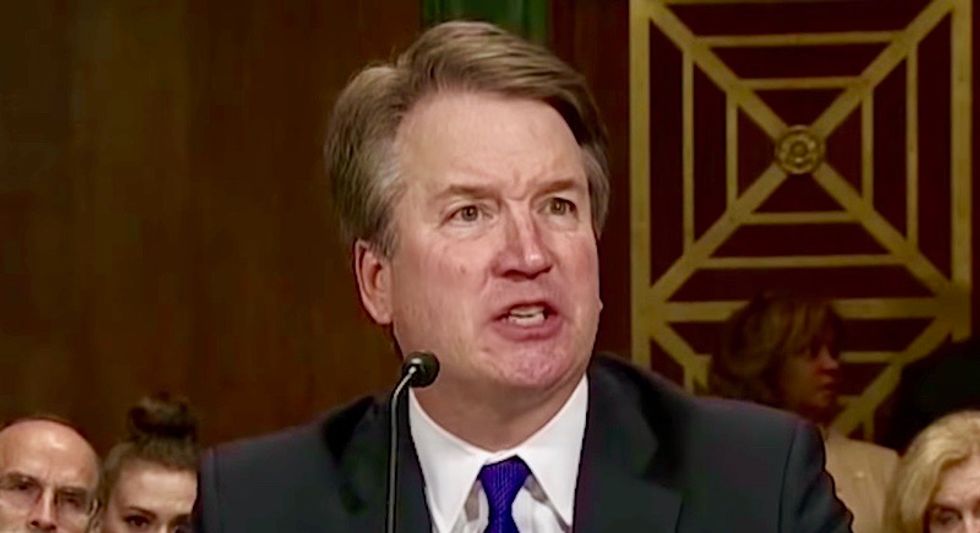 Supreme Court nominee Brett Kavanaugh has been busted in yet another lie to the Senate Judiciary Committee.

During his rage-filled testimony on Thursday, the prep school boy picked by President Donald Trump for a seat on the nation's highest court claimed that he got into Yale through his own hard work.

“Senator, you were asking about college. I got into Yale Law School. That’s the number-one law school in the country. I had no connections there," he said of the law school affiliated with the undergraduate school he attended. "I got there by busting my tail in college.”

Kavanaugh also said that he got into Yale for his undergraduate education because he "busted my butt."

"Senator, I was at the top of my class academically, busted my butt in school. Captain of the varsity basketball team. Got in Yale College. When I got into Yale College, got into Yale Law School. Worked my tail off," Kavanaugh claimed.

However, this is not the case, reports The Intercept.

Brett Kavanaugh's grandfather, who died four years before his grandson's alleged attempted rape, is even buried in New Haven.