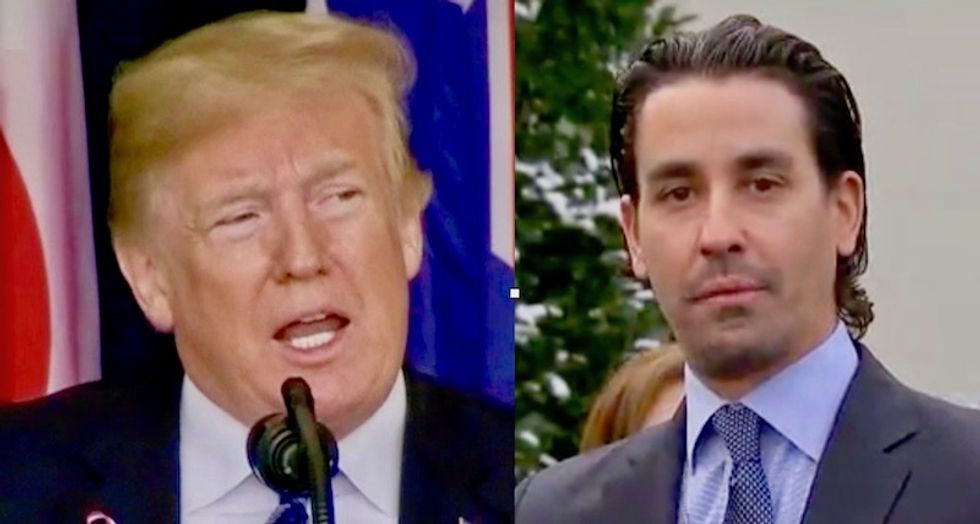 A Washington, D.C. based hoagie shop will close all 17 of its stores after facing backlash over the owner's decision to join President Donald Trump's small business roundtable, reports Washingtonian.

Taylor Gourmet was a rapidly expanding and successful brand which will now shutter all of its stores this Sunday.

The development came after owner Casey Patten accepted an invitation to attend the White House's small business roundtable. He said he went to pitch= Trump on his idea to increase the employment of workers ages 16 to 24 and to "cut down the red tape."

The roundtable—which the owner described as "exhilarating"—happened at the height of the furor over Trump's Muslim ban.

Patten registered as Republican but after the uproar claimed that he was "apolitical"and didn’t vote in the 2016 presidential election, pointing out that Obama had once eaten at the hoagie chain.

He even tried diffusing the anger with a billboard in one Washington location which said "Less Politics, More Hoagies."

Washingtonian reports that an insider said sales dropped 40 percent the day after the Trump meeting “and it persisted and never really got any better.”

To be honest, Taylor Gourmet was overrated: too expensive for the Chipotle-meets-Subway fare it served. It could ne… https://t.co/Ysb6716myX
— Tavis Burns (@Tavis Burns)1537563420.0

okay but has anyone tried tweeting pictures of Taylor Gourmet's floorplans and suggesting that maybe it's actually… https://t.co/jV0lcd4bug
— Mark Berman (@Mark Berman)1537562765.0