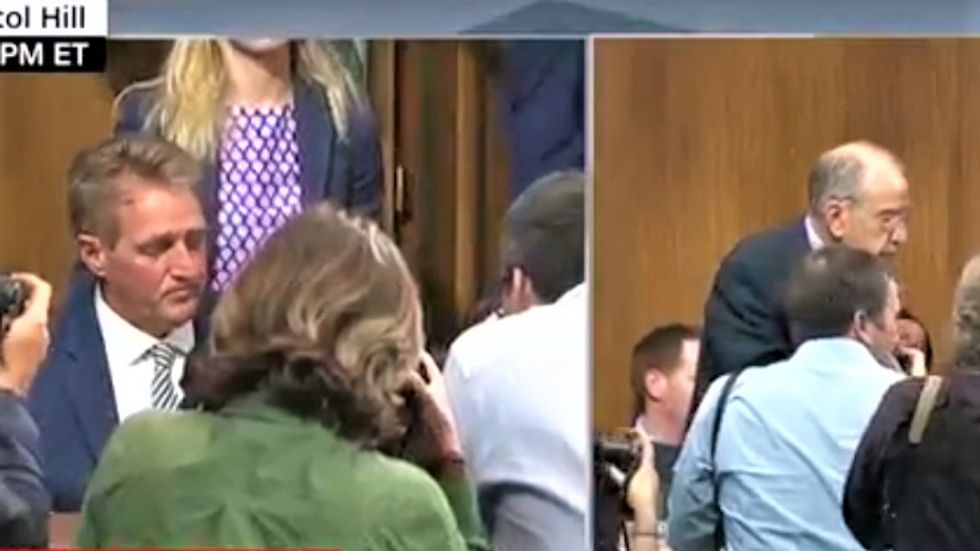 Chaos engulfed the Senate Judiciary Committee on Friday after Sen. Jeff Flake (R-AZ) announced that he would vote to advance on Supreme Court nominee Brett Kavanaugh's nomination to the Senate floor with the implicit understanding that there would be a one-week delay that would give the FBI time to conduct an investigation.

Shortly after the announcement, Sen. Chuck Grassley (R-IA) abruptly adjourned the committee hearing, leaving complete confusion among his fellow senators about what had happened.

A surprised Dianne Feinstein (D-CA) could be heard saying, "What?!" in the wake of the adjournment.

Grassley can then be heard muttering about the "two-hour rule" as a justification for adjourning.