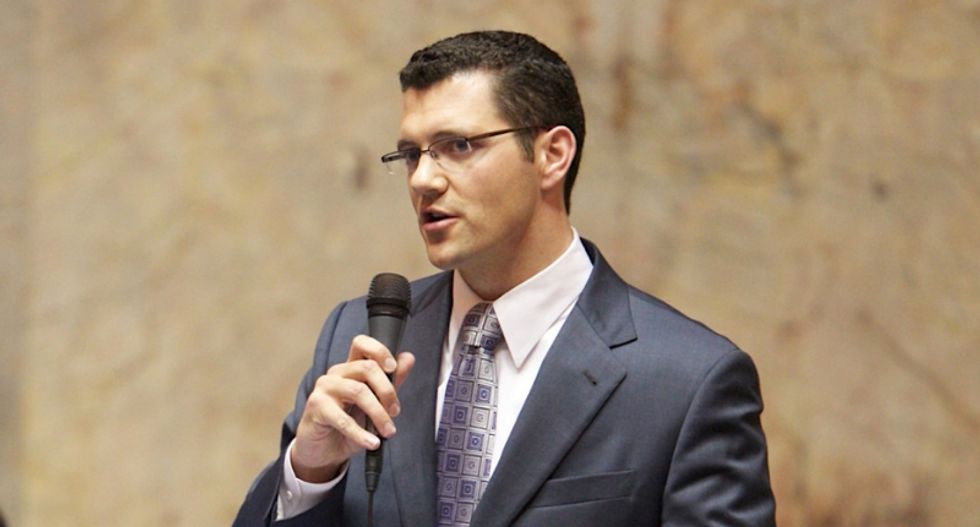 Seattle resident Candace Faber first revealed that Fain allegedly raped her the night of her college graduation in a Thursday tweet.

"@senatorfain, you raped me the night I graduated from Georgetown in 2007," she wrote in the tweet addressed to the Republican. "Then you had the audacity to ask me to support your campaign."

In a Medium post written in response to media inquiries, the woman went on to detail why she's coming forward now.

"Today I watched as Dr. Christine Blasey Ford and Supreme Court Nominee Brett Kavanaugh testified before the Senate Judiciary Committee," Faber wrote. "Like many survivors, I was inspired by Dr. Ford’s courage."

The woman had previously written about being assaulted by a Washington state legislator, but had never named him.

In her writings, Faber described consensually drinking and kissing with the man she later revealed to be Fain before going back to his hotel room.

When they got to the room, the legislator allegedly pulled down her dress "so hard the straps tore." Faber said she pushed Fain away and told him to stop repeatedly, but eventually acquiesced to his pressure.

"Until recently, I withheld my rapist’s name, even in private conversations," she wrote in her September 28 post. "I hoped that I could help change the culture of sexual assault without needing to say his name. I no longer believe that to be the case. We cannot heal without accountability."

In a text message to the Seattle Times, Fain denied that he raped Faber but said he would welcome an investigation into her accusations.

"I absolutely deny what Ms. Faber is accusing me of,” the legislator said. “Any allegation of this serious nature deserves to be heard and investigated for all parties involved. I invite and will cooperate with any inquiry. I ask everyone to show respect to Ms. Faber and to the process."