CNN correspondent: Trump's own words will make it hard for him to discredit Woodward's book 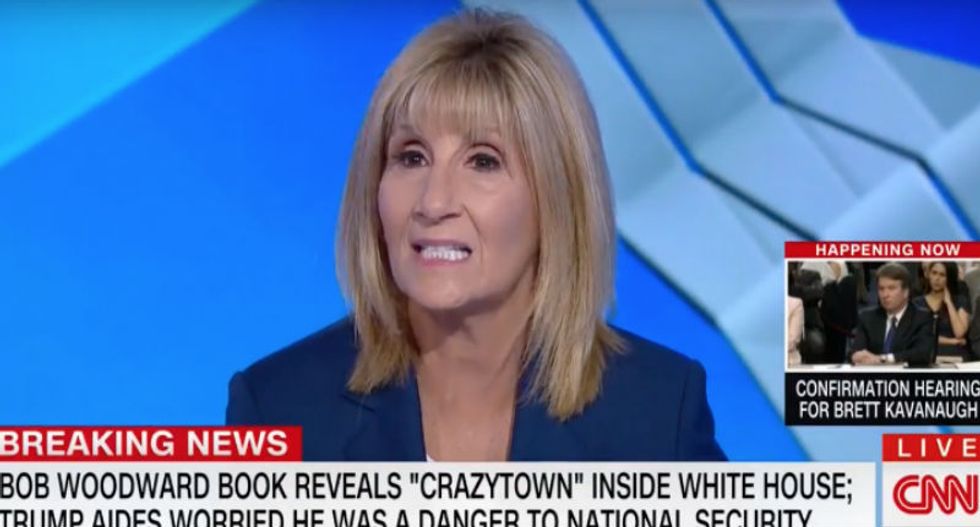 CNN special correspondent Jamie Gangel says Donald Trump will have a tough time pushing back on Bob Woodward's explosive new book "Fear: Trump in the White House," since some of the president's staff not only sat for taped interviews, but Trump has himself heaped praise on Woodward's reporting.

"I think it's much, much harder for President Trump and his allies to push back against somebody like Bob Woodward who has a stellar reputation in this town," New York Times reporter Michael Shear said, pointing to both the "level of detail" and the level of "Crazytown" described in the book. "When he reports these insider accounts of any administration, they hold up."

"Let's not forget that Donald Trump has been very complimentary of Bob Woodward in the past," chimed in Gangel, who also noted that Woodward taped everything. "I think it's important to say that Woodward spoke to dozens of people in the room with Trump. Trump is quoted extensively in the book, and he has hundreds of hours of taped interviews."

Transcripts of the president's recent phone call with Woodward about the book do, in fact, reveal Trump telling the veteran reporter, "I would’ve loved to have spoken to you. You know I’m very open to you. I think you’ve always been fair." Trump also sat for an extensive and wide-ranging interview with Woodward and the Washington Post's Robert Costa during the 2016 campaign in which, among other widely-mocked statements, the president revealed a deep ignorance of President Lincoln.

(Correction: A previous version of this article incorrectly stated that the president sat for taped interviews.)