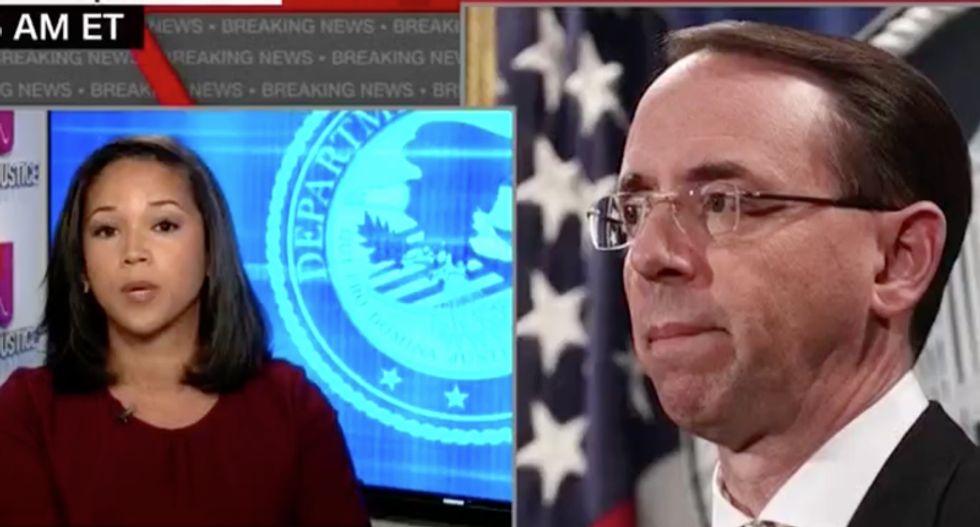 CNN's Laura Jarrett told CNN on Monday that the Department of Justice has a succession plan in place to replace Rod Rosenstein, who is expected to resign or be fired today in the wake of explosive allegations that he discussed not only secretly recording the president to prove that he was unfit for office, but removing him via the 25th Amendment. But, she said, President Trump "could blow up" any existing arrangements.

"If in fact this all comes to fruition, then the solicitor general, the number three over here at the Justice Department, Noel Francisco would become the acting attorney general for purposes only of overseeing the Mueller investigation," she said.

But co-host Poppy Harlow brought up the fly in the ointment: the Federal Vacancies Act. "If the president does fire Rosenstein, this would allow the president to pick anyone he wants, anyone who has a Senate-confirmed position, to be deputy attorney general, right?" she asked.

"That's exactly right. It isn't the case that the president just has to accept whatever the Justice Department has all worked out here in a neat solution. We may not see that come to fruition either," responded Jarrett. "The president could blow up all that and decide he wants someone else entirely. We saw this with Mick Mulvaney, with [US Veterans Affairs Secretary David] Shulkin. There are a lot of different moves here and the president has quite a bit of power to put in whomever he wants if the person is already Senate-confirmed."