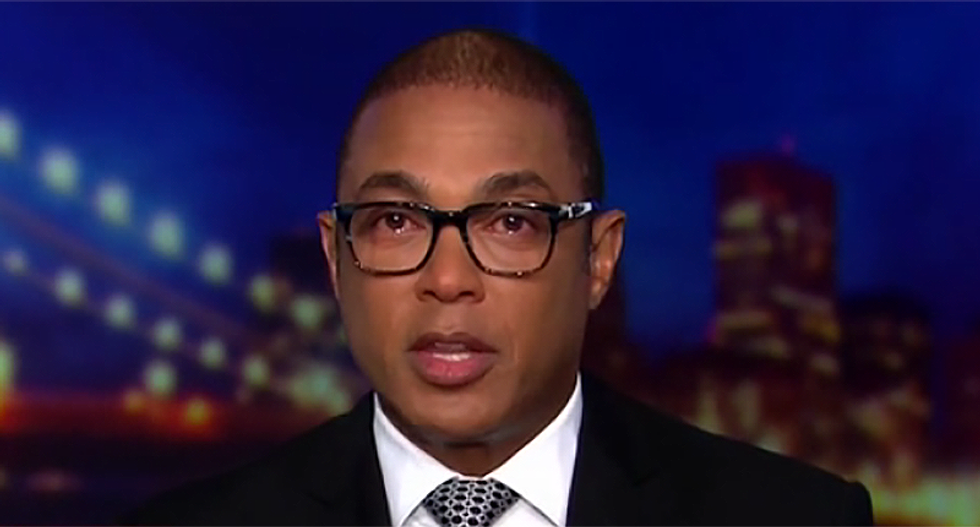 CNN host Don Lemon has been open about his own sexual assault from a pedophile when he was young. It was eight years ago when he came forward about it on national television and he revealed he didn't tell his mother until he was 30 years old. But it wasn't until he revealed a family member came out about her own assault that he broke down.

"It's tough to -- even now it's tough," Lemon said after watching the video of his confession. "I did later write about it in my book, and I've talked about it since. But it's never easy."

He noted that people frequently ask why survivors don't come out about what happened to them.

"Why is it so hard to talk about? Well, part of it is fear," Lemon explained. "And part of it is doubt. Will I be believed? Will I be blamed? Will I have evidence? Do I have to relive what happened? Will everyone judge me? And if I speak out will it even matter? I've been open about my experience with sexual assault, and I know firsthand that no one ever wants to come forward. Even to family, friends, or loved ones, let alone the entire country."

Last week, Lemon was on vacation when a family member texted him saying she believed Supreme Court nominee Brett Kavanaugh's accusers. When she explained why, Lemon teared up remembering her fear.

"Out of the blue she texted me and she said, this is a quote, 'I believe her because I am a product of the 'Me too' movement,'" he recalled. "And I texted right back and I said, 'What? No way. Why didn't you say anything?' And she replied, 'Shame. I thought he loved me.'"

The family member explained that she was assaulted by her boyfriend years ago.

He noted he believes in everyone being innocent until proven guilty, but it doesn't mean demoralizing an accuser. It doesn't mean turning a survivor into a criminal.