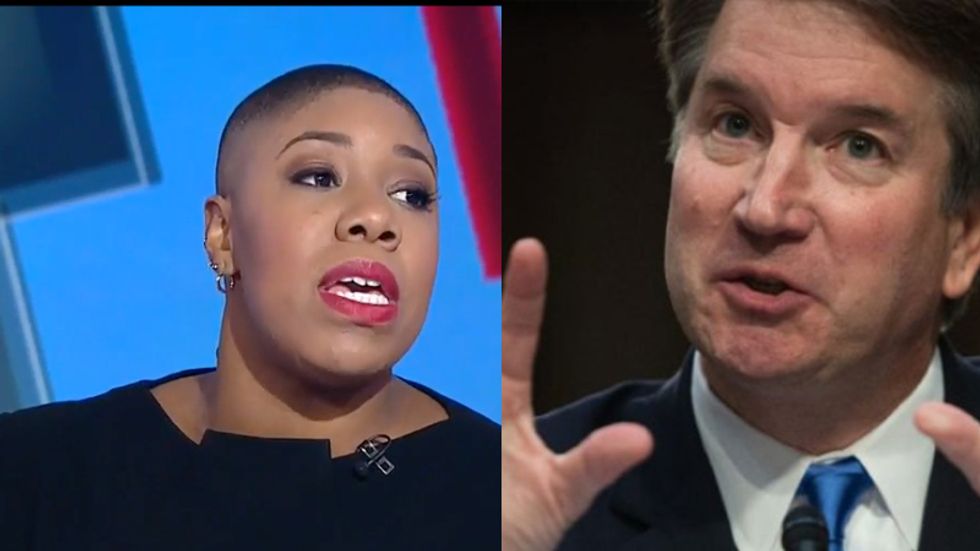 In an unprecedented move, Supreme Court nominee Brett Kavanaugh appeared on Fox News to defend himself against sexual assault allegations.

"We talked with our Supreme Court reporter, who says that Clarence Thomas did an interview with People Magazine after his confirmation hearing and after he was confirmed. But this is the first time we've ever seen anything like this," CNN's Jake Tapper said on Monday's show.

Political commentator, Symone Sanders said that Kavanaugh's response shows that he might be guilty.

"This signals to me that Judge Kavanaugh thinks he's in trouble," she said. "He thinks he's in so much trouble that it is in his best interest to go out there with a prebuttal before the American people —or at least the Fox News viewers."

Sanders continued, "I think it's telling that Dr. Ford has not run to the cameras. She is not running to People Magazine, Variety, or Vanity Fair. Her only incentive is to tell the truth. Frankly, this makes Judge Kavanaugh look real iffy."