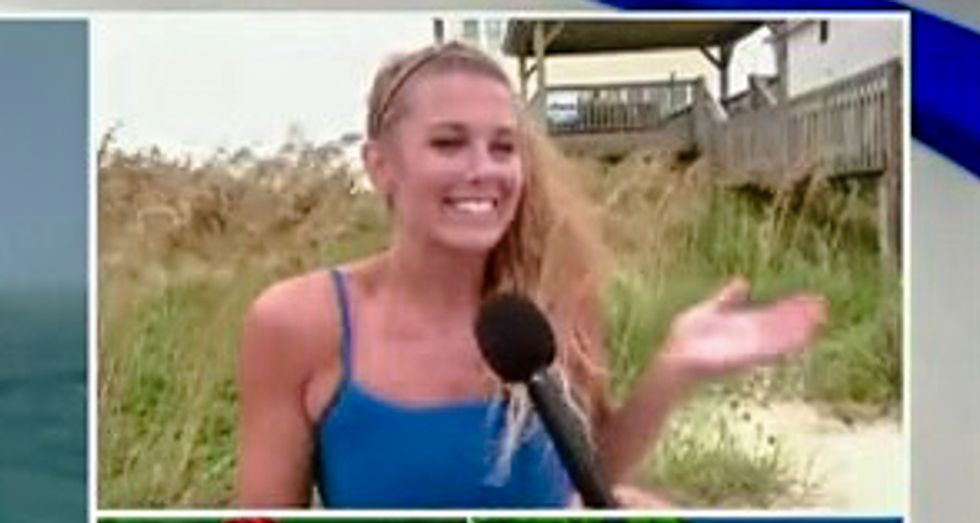 A woman living in the path of Hurricane Florence told MSNBC on Thursday that she was is not evacuating for the storm because "it's an adrenaline rush."

As Florence was nearing the coast of North Carolina on Thursday, MSNBC's Mariana Atencio asked a woman named Jenna why she had not heeded the call for a mandatory evacuation of the area.

"At this point, I am going to stay as long as I can," she explained. "There's a chance that they won't close the bridge if you have sustained gusts of 40 mph. So until they close the bridge, I'm going to be here."

"What keeps you here?" Atencio wondered.

"It's an adrenaline rush," Jenna smiled. "You know, you can't control Mother Nature. She doesn't make exceptions. And as a surfer, you never see waves this big except for during hurricanes. So it's kind of surreal to see them here."

"When you have sustained winds of 110 mph, I mean, what are you expecting for your home?" Atencio wondered.

"This house is set back farther than most," Jenna replied. "And 100 mph, you just don't know what's going to happen. Someone else's roof could blow off and smash into yours. Yours could blow off. You always have to know where your most sacred belongings are."