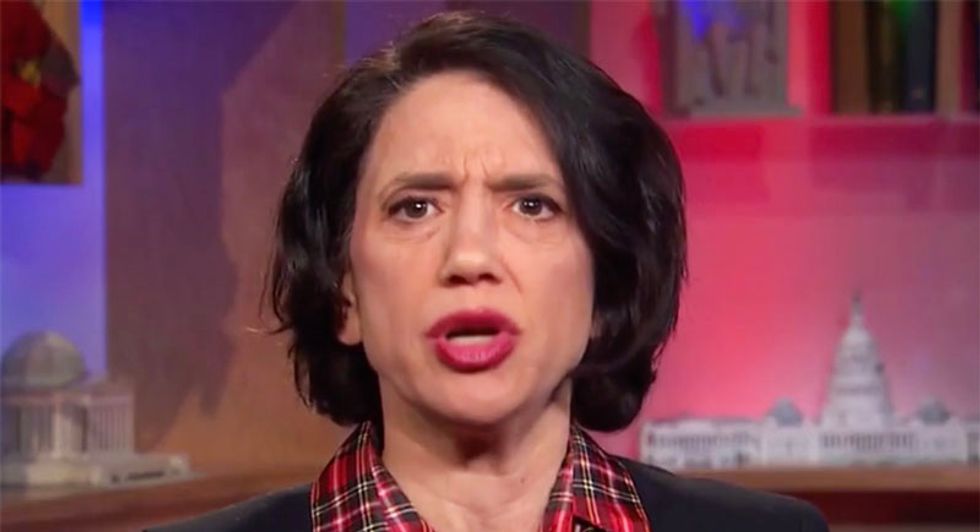 A conservative columnist and MSNBC analyst had a few choice words for the Republican leaders and pundits who rushed to shame the anonymous Trump administration official who penned a New York Times op-ed rebuking Donald Trump.

Washington Post columnist Jennifer Rubin is clearly no fan of the anonymous administration official — she accused them of simply "trying to soothe their own conscience" with the bombshell op-ed that dominated the news cycle for a full day.

"It's a very self-serving piece of work and it doesn't move the ball forward," Rubin noted in a panel discussion with MSNBC host Chris Hayes and reporter Sam Seder.

Nevertheless, it's "very troubling" that so many media and political figures are "caught up" speculating in a game of whodunnit.

"What we should be doing is saying 'whoa! The president is nonfunctional. Where is Congress? Why aren't the cabinet officials being called before Congress to testify? Where is Mike Pence in all of this?'" Rubin said. "There is a disaster afoot and no one is really doing anything about it."

The columnist went on to say that she finds a dismissing statement issued by Sen. Ben Sasse (R-NE) "obnoxious and irresponsible."

"It’s just so similar to what so many of us hear from senior people around the White House, you know, three times a week," Sasse told Fox News' Hugh Hewitt Thursday morning. "So it’s really troubling, and yet in a way, not surprising."

"There is such a thing as oversight," Rubin said. "That's what Congress is supposed to be doing."