Cosby accuser breaks down discussing sex assault sentence on CNN: 'I thought he was going to kill me' 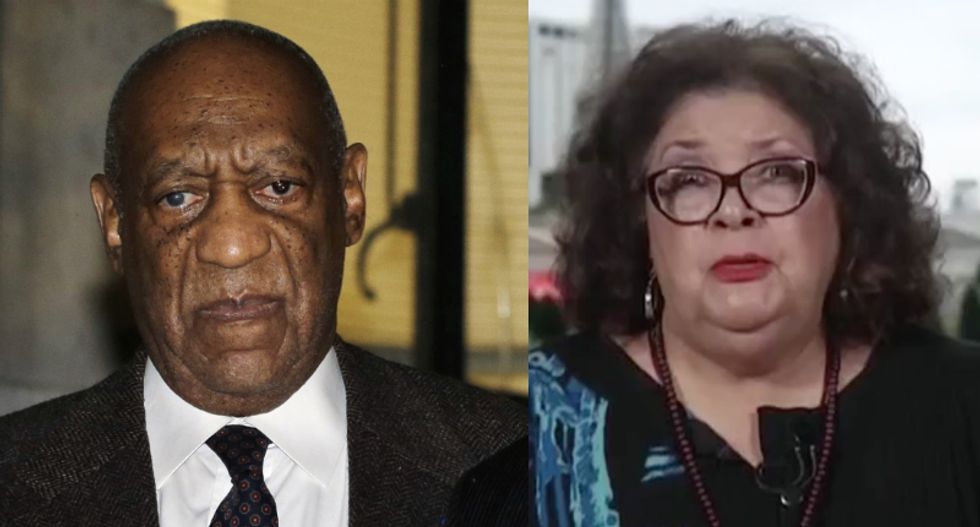 Kathy McKee, one of convicted sexual predator Bill Cosby's many accusers, broke down in tears on Tuesday on CNN reacting to the disgraced comedian's 3-10 year sentence for assault. She also described how the 1974 attack changed her life. McKee has also filed a defamation suit against Cosby.

"Just listening to this is stirring up some very difficult and deep emotions for me, because i was a part, I saw the violence in Bill Cosby when he attacked me and it's hard, it's very difficult to try and make it go away," she said through tears. "I was doing very well holding it together until I began to hear these last few words."

McKee talked about she had thought of Cosby as her friend. "Being attacked in 1974 by Bill Cosby, who was at the time my good friend I thought, my buddy, someone I worked with, was a horrible thing to happen," she said. "It's caused me a lifetime of problems emotionally, work issues, being in the industry, the television business, it's been very difficult on me."

"It hurts," McKee said, describing the terror of the attack. "It's a rape. It's an attack on your body."

"It's very scary when a man like Bill Cosby, who at the time was a big, strong man, to attack you in a room, it terrified me," McKee said, her voice breaking. "Actually at the time thought he was going to kill me, because I really thought that he had to have lost his mind in order to do something like this to me."

McKee told host Brooke Baldwin that she was angry that Cosby expressed no regret or sorrow for his actions. "He has no remorse. He shows no remorse whatsoever. He's not sorry at all," she said, adding that he should have apologized to his victims. "I think it would be a lot better if he would address me and the other women that he's done this to and say, 'you know, I was nuts, I have a disorder,' you know, anything." McKee also pointed out that there were resources available to help Mr. Cosby, saying with his "money and fame and power, he could have gone to another country even and got treatment and got better."

Baldwin asked McKee how she felt about the #Metoo Movement, noting that McKee and women like her were the first to speak out. "I was one of the first people to come out with the Bill Cosby case. I really didn't do it for any kind of movement or any kind of glory," McKee said. "I spoke up because I saw a few other women speak out and just be put down so horribly by a few people who came forward to protect Bill Cosby."

"I felt so sorry for the women who had suffered that I just decided that I was going to speak up for them and help them and say it happened to me also."

Why Ethan Crumbley's insanity defense could become 'battle of experts'

PONTIAC, Mich. — Teenager Ethan Crumbley plans to pursue an insanity defense for his alleged role in the Oxford High School mass shooting that killed four students and wounded seven others. One of Crumbley's attorneys, Paulette Michel Loftin, filed a one-sentence notification Thursday to Oakland County Circuit Judge Kwame Rowe and county Prosecutor Karen McDonald: "Please take notice that ... Ethan Crumbley intends to assert the defense of insanity at the time of the alleged offense." "This is the first step in a long legal road," Loftin told The Detroit News on Thursday. "I expect he will be ...