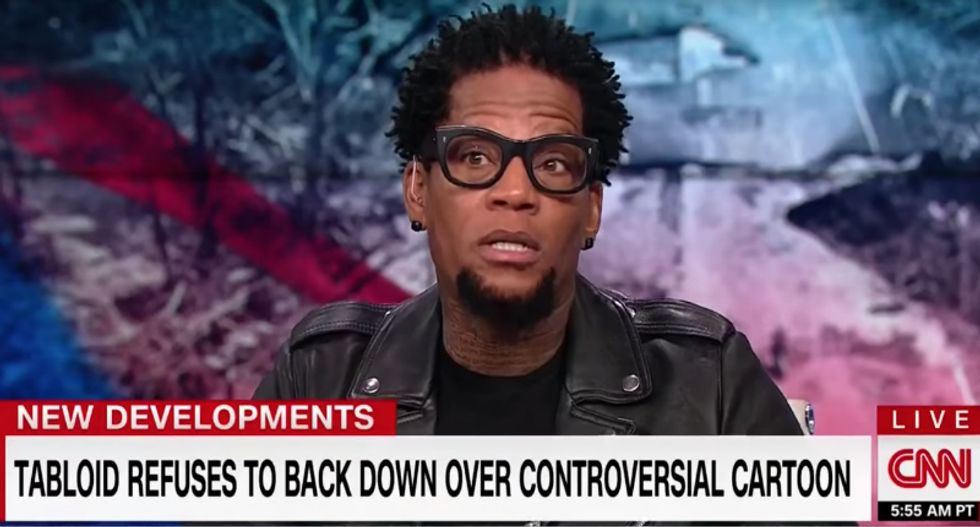 "I guess the cartoonist says it wasn't racist," Hughley said, shaking his head in seeming disbelief at the tabloid's defense of cartoonist Mark Knight, who has been accused on multiple occasions of racist imagery. "White dudes don't get to decide what racism is. That would be like the Pope getting to decide what pedophilia is."

When it comes to racism, white people "have blown it time and time again," Hughley said. "When we're talking about racism, it is the one game white folk got to sit out. How don't you know that's racist?"

Camerota replied that the tabloid publisher insists that the cartoon was nothing more than "grotesque cartoonish satire" and that "you have to go overboard for satire." Co-host John Berman highlighted the Herald Sun claims that objections constitute "an attempt to defeat cartooning --and satire-- with a politically correct barrage."

"Listen, you can be a racist. You just can't be a coward," replied Hughley, who has made a career as a satirist. "Clearly that evokes a kind of image, and I think that that was what he was going for."

Hughley added that while he "can't speak" for the cartoonist, he wasn't impressed with the tabloid's defense of Knight's work. "White guys," he said, "don't get to define what racism is. They don't get to say 'this is racist' because they have been so horribly inept in deciding what it was over the centuries."