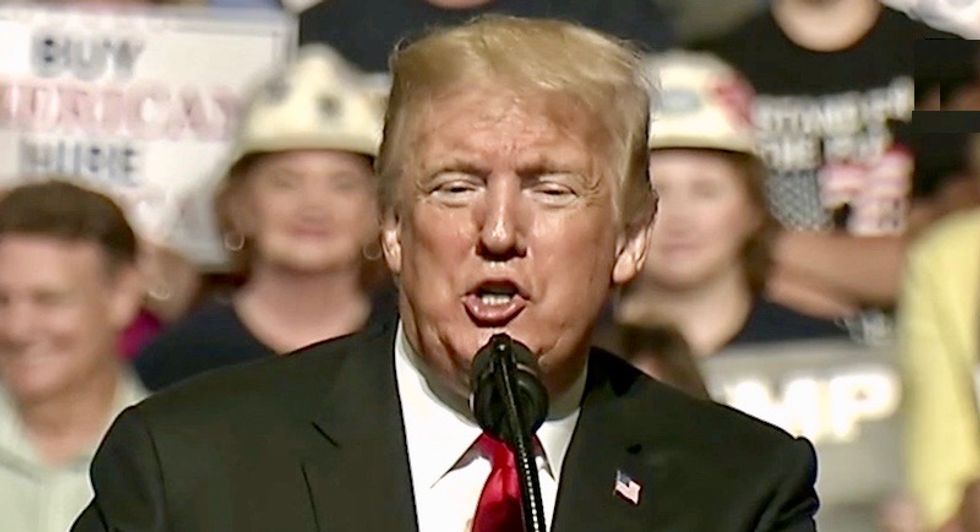 President Donald Trump delivers a sweaty speech in Wheeling, West Virginia during which he made up a bizarre alternative history of the Democratic Party's name/Screenshot

A sweat-drenched President Donald Trump delivered a bizarre lie-filled rant about the history of the Democratic Party's name during his Saturday night rally in West Virginia.

However, it is the Democratic Party—and has been for about 200 years. The Democratic National Committee, as the party is formally organized, has existed in its current form since 1848. It is the oldest political party in the United States—older than the "Grand Old Party" of Republicanism.

America's two modern political parties, the Democratic and Republican, share a common lineage in the Democratic-Republican Party which was founded at the birth of the nation and splintered in 1825.

The Republican president then said that the opposing party represented "radical socialism" and would turn this country into Venezuela.

Watch the bizarre lie-filled rant below.