Donald Trump is terrified that Hurricane Florence will become 'his Katrina': report 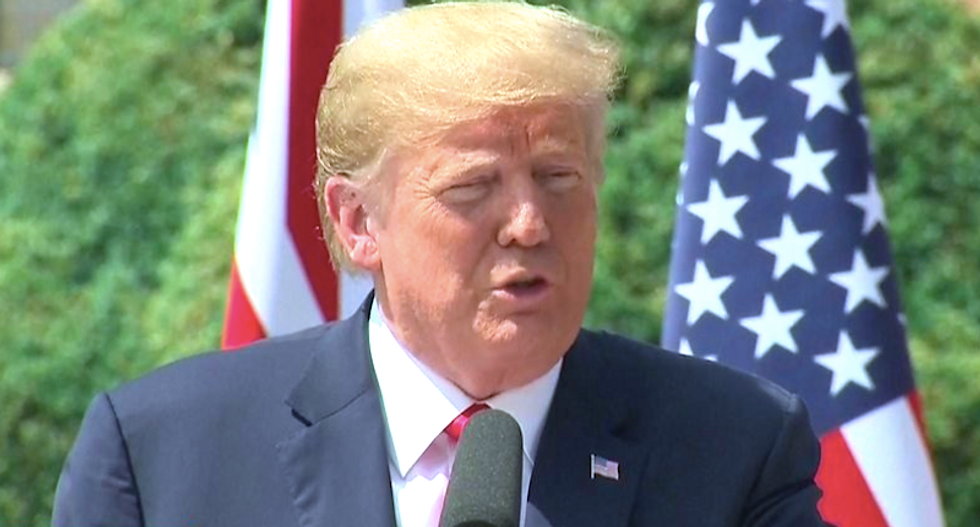 President Donald Trump has reportedly become obsessed with making his response to Hurricane Florence backlash-proof so that it doesn't become "his Katrina moment."

Sources inside and outside the White House told the Daily Beast that Trump appears to be primarily worried about managing public perception regarding Florence and, to a lesser extent, Maria.

"Multiple times I’ve heard him talk about how you don’t want a Katrina moment,” a former senior Trump White House official told the website. “You can’t do anything about what weather is going to do, but you can certainly manage the response and the optics of what you’re doing in addition to the substance of what you’re doing."

The report noted that "image-obsessed" Trump has been feverishly calling "Senators and governors and mayors to assure them that the federal government will make all necessary resources available to deal with and recover from what is expected to be a devastating natural disaster."

The former administration official said the "vintage" presidential response is "one of the times that he is really dialed into federal government interaction with state and local leaders."

"He’s gonna start by talking to the political leaders because when they’re asked if they’ve talked to him he wants them to be able to say yes," the source said.