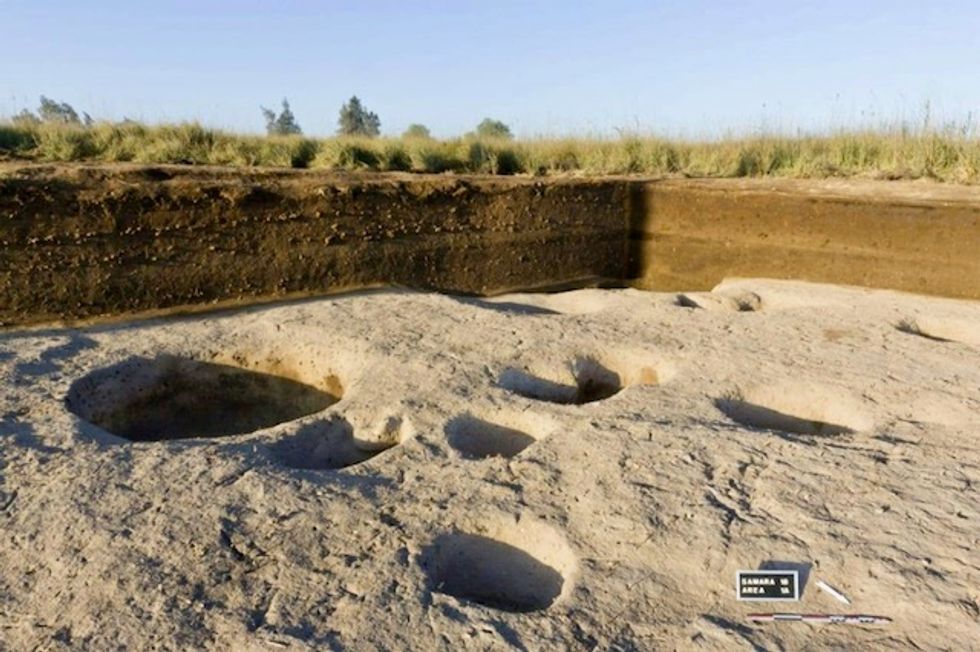 One of the oldest villages in the Nile Delta has been discovered after archaeologists unearthed artefacts dating to the fifth millenium BC, Egypt's antiquities ministry has said.

Remains of the village were uncovered by a French-Egyptian team at Tel Samara, in northeastern Egypt, the ministry said Sunday.

Similar structures dating to the period between 4,200 BC and 2,900 BC "have never been found in that region," said Ayman Ashmawy, the ministry's antiquities chief.

The only similar discovery has been the village of Sais, in the Gharbia governorate north of Cairo, Ashmawi added.

Excavations of Tel Samara, in the Dakahlia governorate northeast of the capital, uncovered a number of silos containing numerous animal bones and vegetable residue.

Archaeologists, who had been working at the site since 2015, also found pottery and stone tools at the site according to the ministry statement.

The discoveries "confirm the presence of stable communities in the humid areas of the Delta from the fifth millenium BC," said Frederic Geyau, head of the Tel Samara mission.

The findings have offered "a unique occasion to learn more about the prehistoric communities which lived in the Delta" before the Pharaonic rule, he added.