Emcee at LGBT journalism conference calls attendees ‘things and its’ 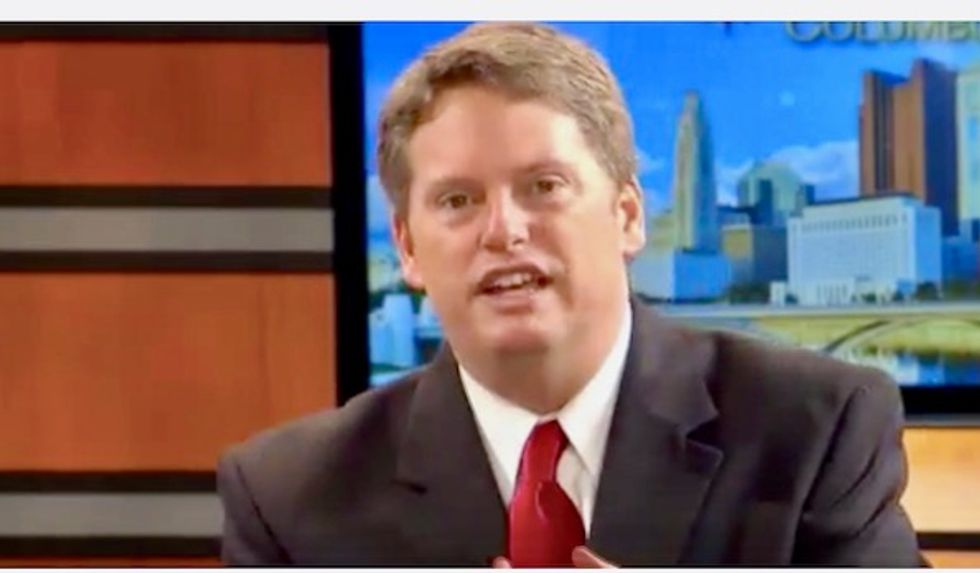 The emcee at an LGBT journalists' organization annual conference Saturday night called attendees "things and its." Marshall McPeek, a meteorologist at a Sinclair-owned ABC affiliate station in Ohio later apologized and resigned his membership to The Association of LGBTQ Journalists (NLGJA).

"Ladies and gentlemen, things and its," were the words McPeek chose to begin the evening's event in Palm Springs, California, which was hosted by Fox News.

But it was a tweet from Mary Emily O’Hara, who covers LGBTQ news for Condé Nast's them, that drew attention to McPeek's offensive remarks. Those remarks were seen as especially bigoted toward the transgender and non-binary journalism professionals in attendance.

(McPeek is on the left in the photo.)

In a statement to NCRM, the NLGJA called McPeek "a volunteer emcee," who "made an inappropriate, unscripted remark that does not reflect our values."

"We’ve worked hard for many years to make NLGJA an inclusive organization for transgender and nonbinary journalists," the organization, in the unsigned statement, wrote. "People were understandably hurt and offended by last night’s remarks. As journalists, we understand uniquely that words matter. We apologize and are committed to working to make NLGJA more inclusive and diverse."

McPeek has not publicly commented since his apology at the event.

Monica Roberts, the award-winning journalist and founder of TransGrio, reportedly shouted, "Oh no he did not," and, “there are no things or its here,” when McPeek made his bigoted comment.