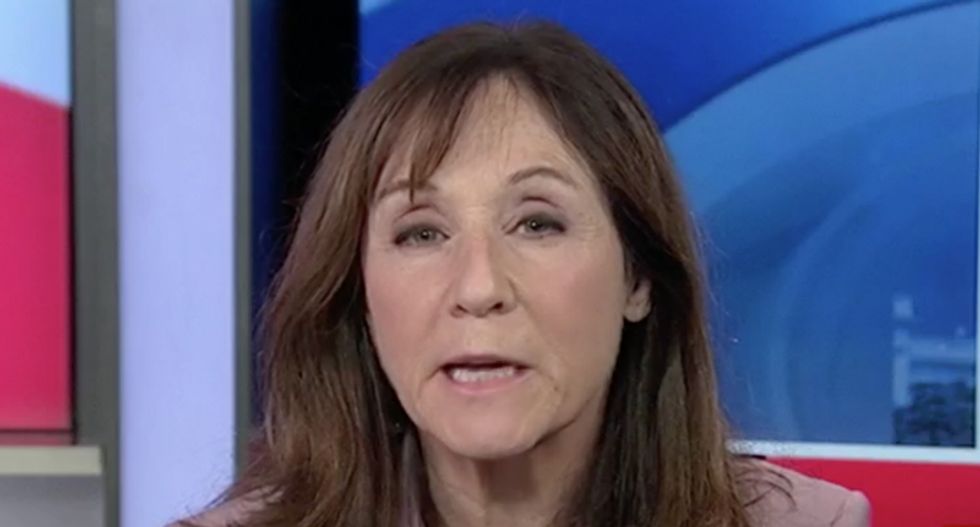 Reporter Jane Mayer, who together with Ronan Farrow broke the story of Deborah Ramirez, the second woman to accuse Supreme Court nominee Brett Kavanaugh of sexual misconduct, told MSNBC's Andrea Mitchell on Monday that even Kavanaugh's allies say that Ramirez has a reputation as "a very truthful person", potentially spelling trouble for the nominee. Ramirez claims that Kavanaugh exposed himself to her during a college drinking game, pushing his penis in her face while other classmates told her to "kiss it."

"Everybody who I have interviewed about her, including people who the Kavanaugh team sent to me to talk to, to try to knock her down, all of them have said Deborah Ramirez is a very truthful person," Mayer said. This includes, she added, "people who knew her way back at Yale who are now on the Kavanaugh side of the confirmation battle."

Mayer also highlighted the contrast between Ramirez and Kavanaugh's defenders, including presumably Republicans on the Judiciary Committee. "Don't forget, she is the one who has been calling for the FBI to come in and take sworn statements under threat of perjury from all of the witnesses including herself," Mayer said. "It is the other side that is resisting having the FBI come in, so I think that, to me, is somewhat important in evaluating this."

"It's the same situation as the parallel, analogous to what Dr. Blasey Ford is saying," said Mitchell, drawing an immediate comparison between Ramirez and the woman who alleges that Kavanaugh held her down and groped her at a party when she was 15 years old. "She is saying she wants the FBI investigation, and it is the White House and Kavanaugh's defenders who say not, that they want to-go forward with the limited hearing, just hearing from Kavanaugh and from Dr. Blasey Ford on Thursday and no other witnesses."