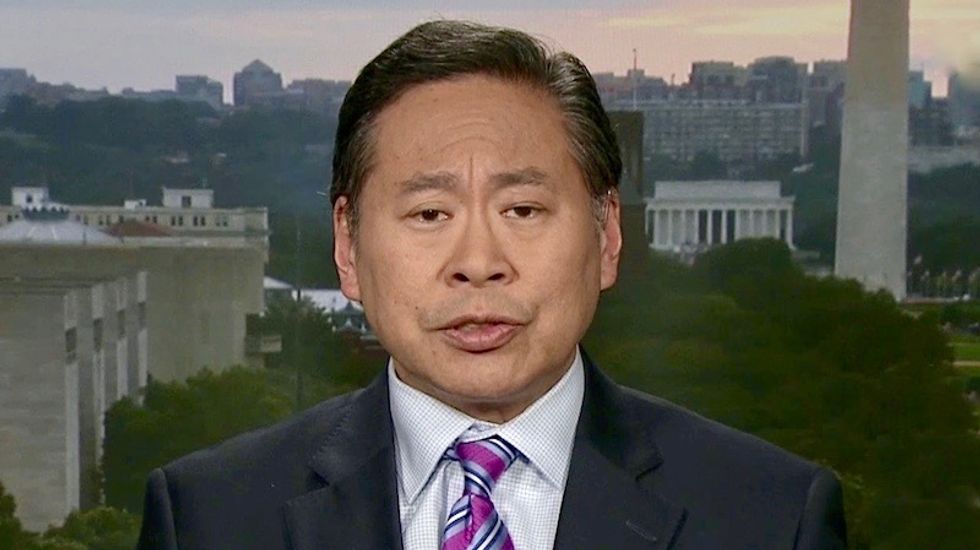 Special prosecutor Robert Mueller's investigation of Russian collusion in the 2016 election has moved with ruthless efficiency, nabbing guilty pleas from a host of President Donald Trump's associates and even paying for itself in asset forfeitures.

On Saturday, former federal prosecutor Shan Wu appeared on S.E. Cupp's show to discuss the latest developments. Wu was briefly a lawyer for Rick Gates, the former aide to Trump campaign chairman Paul Manafort who testified against his former boss, and said he was amazed b=y how fast and forcefully the Mueller team moved.

As for what Manafort can give Mueller, who seemingly has gotten so much information already, Wu pointed out that Manafort is the first person to plea guilty who was at Donald Trump Jr.'s Trump Tower meeting with a Russian intelligence agent for the purpose of getting "dirty" on Hillary Clinton.

Manafort is also one of very few people who are in position to talk about what Trump was thinking.

"Somebody in his position is really uniquely situated to give insights into the campaign and possibly what was going on in the president's mind, because if you're looking at this question of possible obstruction, you have to figure out what is the mindset of the defendant," he said. "And it's not easy to figure that out, until you have somebody who has been talking with that person. And, in that sense, Manafort is right there, and can give a lot to Mueller's team."