Ex-GOP congressman buries Republicans on MSNBC: Kavanaugh would ‘taint’ the court for decades 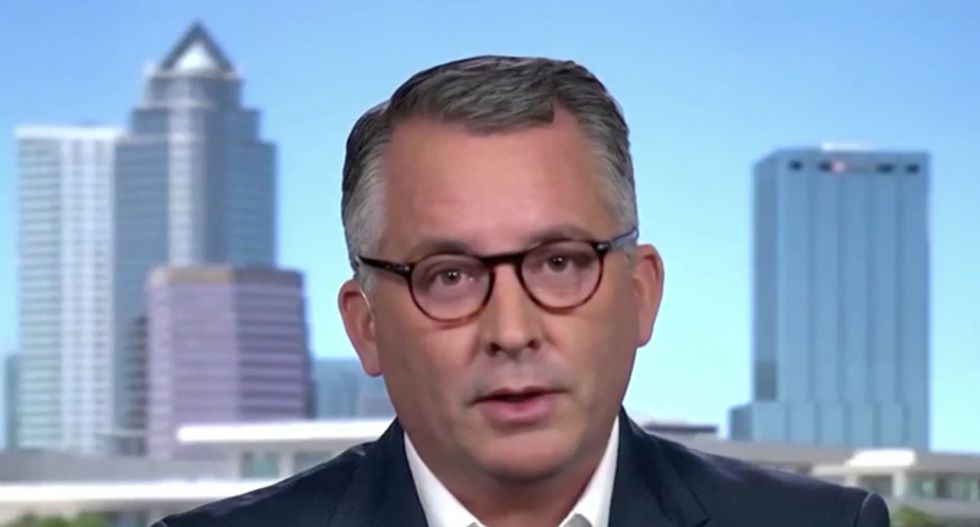 David Jolly, retired Florida Republican congressman, slammed the GOP's strategy to ram through the embattled confirmation of Brett Kavanaugh to the Supreme Court, saying the process was "tainted" and the nominee should be withdrawn. Kavanaugh has come under fire for multiple allegations of sexual assault, as the Republican party has circled the wagons around the nominee and the president himself has launched personal attacks at Christine Blasey Ford, the first of multiple women who've come forward with misconduct allegations.

"What I think they are missing is the political peril they are looking at Thursday," said Jolly, who predicted that the juxtaposition of Blasey Ford and Kavanaugh's dueling testimonies would be "one of the most disastrous political days for Republicans in a generation."

"Without other evidence, this will remain he said/she said," remarked Jolly, who said he believed Dr. Ford. But he also pointed out it's immaterial which side one chooses to believe at this point.

"What I've tried to impress upon my Republican friends is you don't actually have to reach the point or the degree of deciding who to believe to realize that this process has now become tainted," Jolly said. "Kavanaugh is now so controversial that if he were to ascend to the Supreme Court it would bring controversy with him for decades and to the Court."

"The right answer," he added, "is to begin to talk about Kavanaugh withdrawing," before shredded Kavanaugh's Monday night interview with Fox News, which he didn't think cast either the nominee or the GOP in a good light.

Jolly highlighted Kavanaugh's claims of chastity saying "it was something subtle but it was glaring".

"When he suggested that because he had not engaged in sexual activity in high school, in college, that somehow that freed him of any accusations of sexual assault? Those are two wildly different things," Jolly said. "To be honest that's very much a white male Republican defense, to say 'I was a virgin, I could not have possibly sexually assaulted a woman.'"

"That is the types of mistakes and narratives and frankly a dumbing down of the Republican party we will see on display I'm afraid on Thursday," he added.