Ex-prosecutor shames GOP for trying to use female staffers to question Kavanaugh accuser: Have 'some guts and do it yourself’ 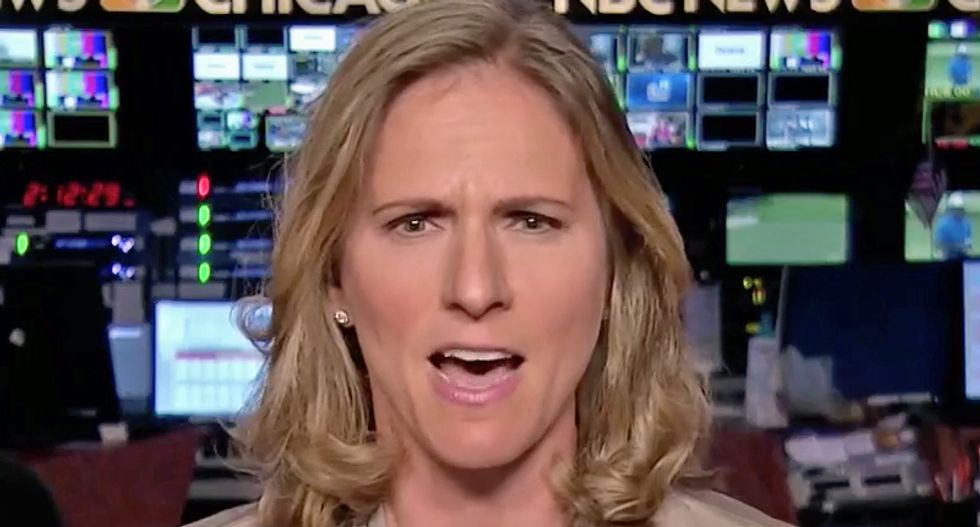 MSNBC legal analyst Mimi Rocah served as an Assistant United States Attorney in the Southern District of New York and is a distinguished fellow in criminal justice at Pace Law school.

Former Assistant U.S. Attorney Mimi Rocah slammed Republicans for not having the "guts" to ask questions of Christine Blasey Ford during Senate Judiciary Committee hearings on the nomination of Judge Brett Kavanaugh to the United States Supreme Court.

"I think this is even bigger in a lot of ways," Rocah suggested. "I became a lawyer in some ways because of what I saw Anita Hill go through and I'm sure that there are young women out there now being galvanized by this -- and I can't wait to see what they do with it."

"This is more than about the Supreme Court, more than about this nominee," she continued. "This has really become a lens and a focus on ... how powerful men in this country, -- not all, but certainly the ones who are empowered in the Republican Party right now -- are treating women and how they view women."

"And I think that the reason it upset so many women so much is that we see a little bit of all of us in Christine Ford," Rocah continued.

"So I really think this may end up being a bigger moment than Anita Hill, not that it wasn't a big moment, but now with social media you have a wider net," she predicted.

Later in the segment, she slammed efforts by Senate Republicans to hire a female special counsel to question Ford since there are no Republican members of the Judiciary Committee.

"David, if I can say one other thing that I failed to mention in the list of demands that now the Republicans are making, this idea they are going to have female staffers questioning Dr. Ford, I mean, look, to me that is just shameful on top of shameful," she blasted.