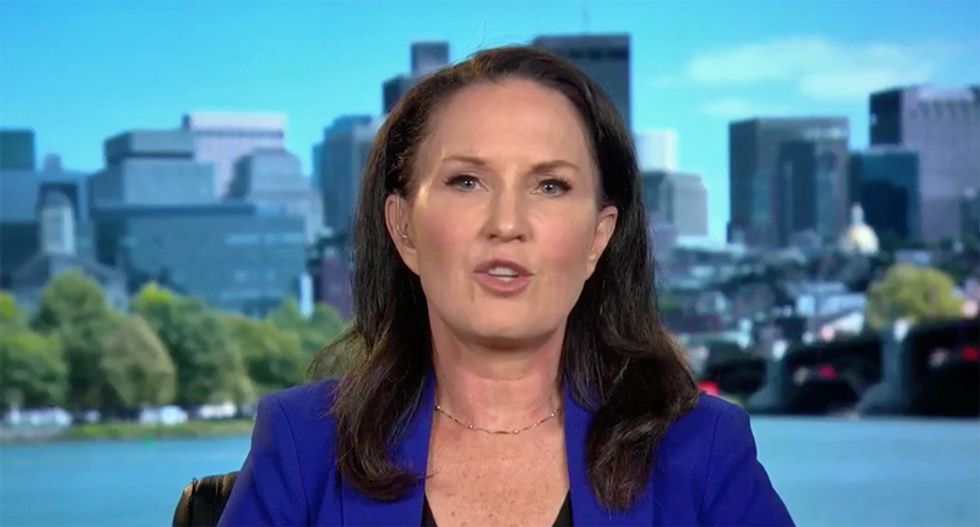 Prof. Wendy Murphy is the director of the Women's and Children's Advocacy Project at New England Law.

Judge Brett Kavanaugh showed he is "disproportionately predisposed" to impose himself on women, a former sex crimes prosecutor explained on MSNBC.

Anchor Alex Witt played the instantly-infamous clip of Judge Kavanaugh avoiding a question by Sen. Amy Klobucher (D-MN) and instead trying to interrogate her.

"I gotta say, I was cringing at that one," Witt noted. "Why was I cringing? Why was this such a significant part of the hearing for you?"

"Yeah, I mean, it took me a long time to recover from this," noted Wendy Murphy, a professor at New England Law School. "It was extraordinary, it was rude, it was sexist, it was disrespectful, it was -- the list goes on."

"The reason, in my opinion, this was corroborative of Dr. Ford, is simply because that level of arrogance and entitlement -- the idea that he was in a position to ask questions of the Senate Judiciary Committee -- that level of entitlement is correlated with high incidence rates of sexual assault," she explained.

"In other words, what the research tells us, is men who view themselves and act in these ways that are arrogant and entitled are the men disproportionately predisposed to impose themselves on women," Murphy continued. "To me it was like, as behavioral evidence goes, that's Exhibit A."

"This is the type of man who could sexually assault multiple women," she concluded. "That's the kind of guy he is. It was ringing so true for me."

She said Judge Kavanaugh's entitlement would have resulted in a guilty verdict in a jury trial.

"It wasn't just his manner and tone and demeanor -- which, I prosecuted a lot of sex crimes cases -- this would be a guilty verdict based solely on his disrespect for the forum. But then he lied repeatedly about those signals," she noted. "In those two facts alone, I would find him guilty in a criminal court beyond a reasonable doubt."

"I don't think there's a chance he makes it past this FBI investigation, not a chance," she predicted.

She also noted the growing number of women coming forward with allegations against the conservative jurist.

"Look, all I want to say is, a single sexual assault against one woman should be enough. We have three here, this is not a 'he said, she said,' it's a 'he said, three said,'" she noted, holding up three fingers.

"We have to remember this is about violence against women, because a single sexual assault against one woman is an assault against every woman in this country," she concluded. "That's what's at stake here, that is the issue."