Ex-State Department official: I was denied promotions under Trump because I couldn't pass 'the Breitbart Test' 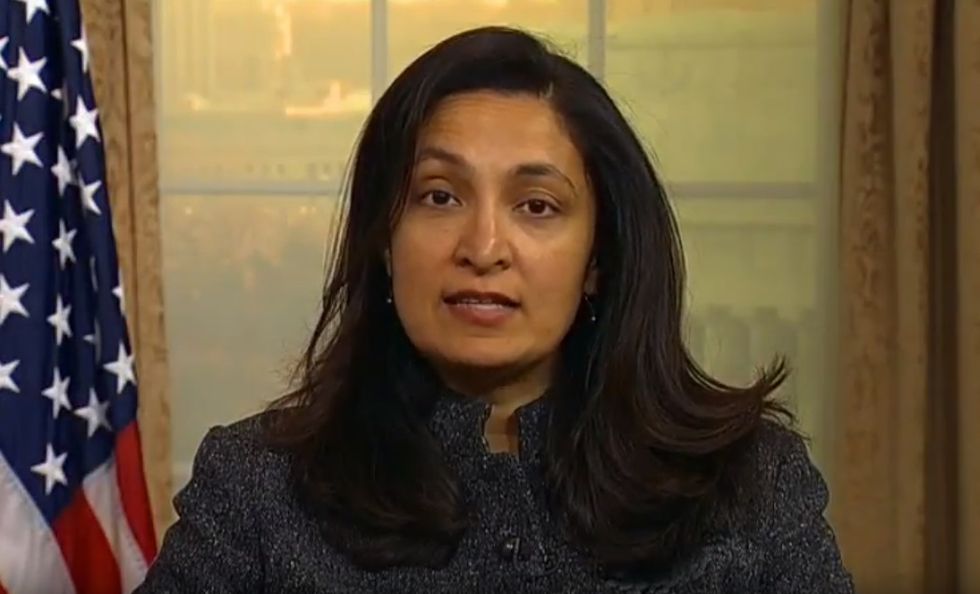 Uzra Zeya, a longtime diplomat who worked at the U.S. State Department for 27 years, has written a damning account of working at Foggy Bottom during the tenure of President Donald Trump.

Writing at Politico, Zeya says that Trump's State Department is becoming significantly less diverse and is trending back more toward being staffed mainly by white men.

"In 2017, as the media ran out of synonyms for 'implosion' in describing Rex Tillerson’s tenure as secretary of state, a quieter trend unfolded in parallel: the exclusion of minorities from top leadership positions in the State Department and embassies abroad," she writes. "This shift quickly became apparent in the department’s upper ranks. In the first five months of the Trump administration, the department’s three most senior African-American career officials and the top-ranking Latino career officer were removed or resigned abruptly from their positions, with white successors named in their places."

Even more alarming, Zeya claims that she was barred from being promoted to certain positions at the State Department under Trump because she did not look like what the president wanted out of his diplomats.

"In two separate incidents, however, colleagues told me that a senior State official opposed candidates for leadership positions -- myself and an African-American female officer -- on the basis that we would not pass the 'Breitbart test,'" she writes.

In conclusion, she cites Trump's past statements about valuing people's looks -- as well as his assorted statements disparaging people of color -- to say that it's possible that the president's prejudices have slowly wormed their way through the entire State Department.

"No one should harbor illusions, however, that a president who relies on 'central casting' to make hiring decisions and routinely disparages African-Americans, Muslims, women and immigrants would champion those who don’t resemble him," she writes.