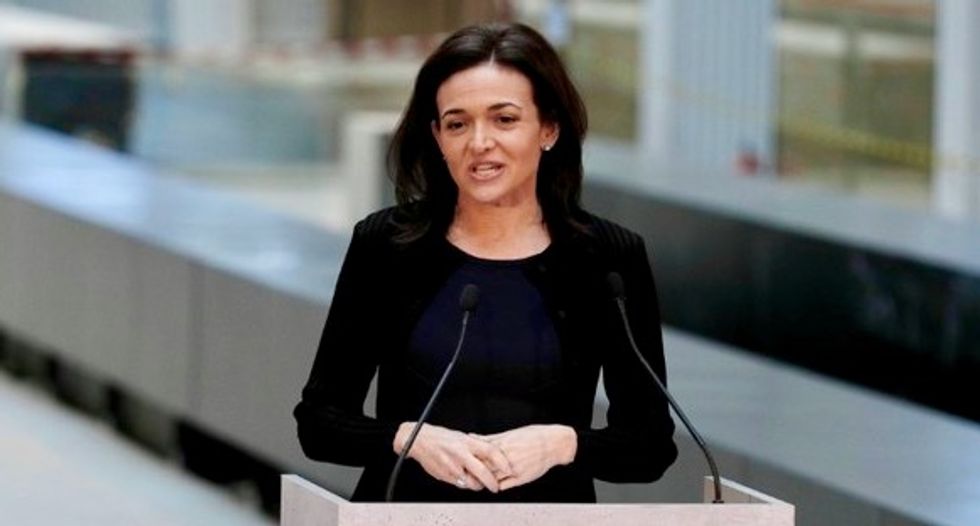 Facebook Chief Operating Officer Sheryl Sandberg will acknowledge to the Senate Intelligence Committee that the company was too slow to spot Russian efforts to manipulate social media to influence the 2016 U.S. election and vow to improve.

“The actions we’ve taken in response ... show our determination to do everything we can to stop this kind of interference from happening,” according to written testimony from Sandberg made public on Tuesday.

She said the company was getting better at finding and removing “inauthentic” content, “from financially motivated troll farms to sophisticated military intelligence operations,” and now has more than 20,000 people working on safety and security.

Technology executives have traveled to Washington several times to testify in Congress over the past year.

The Senate Intelligence Committee has been looking into widely reported Russian efforts to influence U.S. public opinion for more than a year, after U.S. intelligence agencies concluded that entities backed by the Kremlin had sought to boost Republican Donald Trump’s chances of winning the White House in 2016.

Twitter Chief Executive Jack Dorsey will appear with Sandberg at the Senate hearing, but no executive from Alphabet Inc’s Google is scheduled to appear, despite the intelligence committee having requested one.

Google offered to send its chief legal officer, Kent Walker, as a witness, but he was rejected by the committee, which said it wanted to hear from corporate decision-makers.

Twitter’s Dorsey will also testify at a separate House of Representatives hearing on Wednesday, saying the company “does not use political ideology to make any decisions,” according to written testimony also made public on Tuesday.

Dorsey will appear before the House Energy and Commerce Committee, addressing Republican concerns about how the social media platform polices content.

“From a simple business perspective and to serve the public conversation, Twitter is incentivized to keep all voices on the platform,” Dorsey said.

He added that a recent company review showed “no statistically significant difference” between how often tweets by Republican and Democratic members of Congress are viewed by Twitter users.

Conservative Republicans in Congress have criticized social media companies for what they say are politically motivated practices in removing some content, a charge the companies have repeatedly rejected.

President Donald Trump faulted Twitter on July 26, without citing any evidence, for limiting the visibility of prominent Republican through a practice known as shadow banning.

“There is no evidence that the algorithms of social networks or search results are biased against conservatives. It is a made-up narrative pushed by the conservative propaganda machine to convince voters of a conspiracy that does not exist,” Cicilline said.