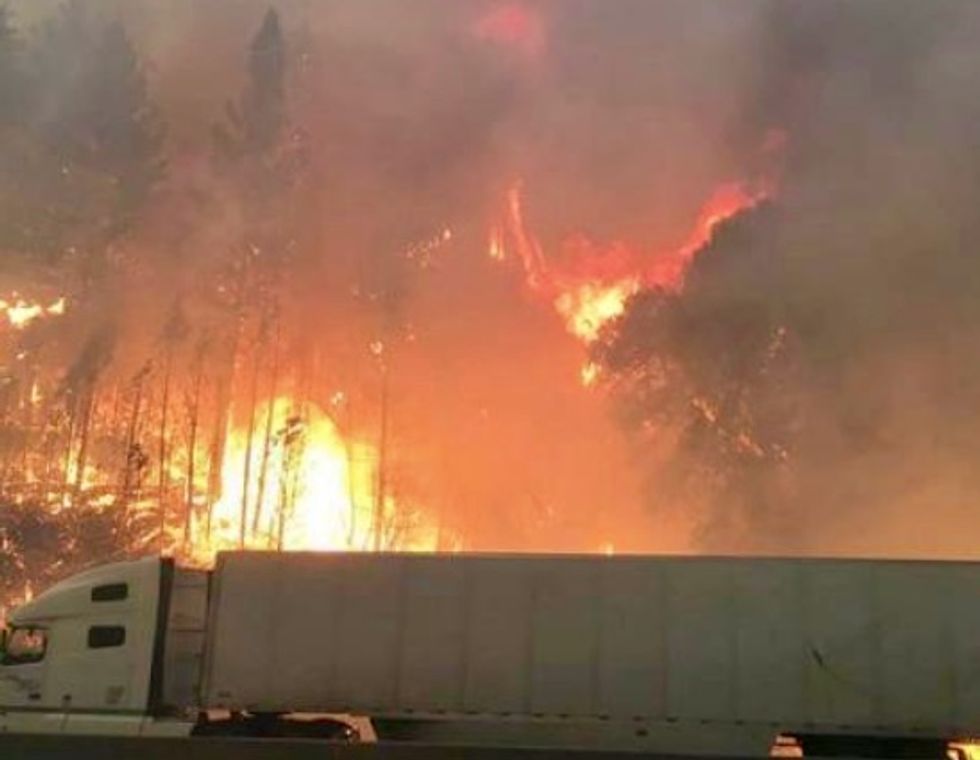 A wildfire erupted in forest land in Northern California on Wednesday, forcing the evacuation of dozens of homes and the closure of a stretch of an interstate highway near where a deadly blaze broke out in July, officials said.

The Delta Fire was burning in timber and brush in the Shasta-Trinity National Forest in a canyon along the Sacramento River.

It was near the site of the Carr Fire, which led to eight deaths and destroyed hundreds of homes in the city of Redding and nearby areas.

Wildfires in California have scorched far more ground this year than in 2017, one of the most destructive in the state’s history.

The latest fire spread to 2,000 acres (809 hectares) by Wednesday evening, forcing the Shasta County Sheriff’s Office to evacuate residents along a stretch of Interstate 5 north of the town of Lakehead to the Siskiyou County line, according to the government wildfire tracking website Inciweb.

“It’s not in the middle of a town, but there are some rural residences” in the area, Shasta-Trinity National Forest spokeswoman Carol Underhill said.

A representative from the Shasta County Sheriff’s Office could no immediately be reached for comment.

The Delta Fire was burning on both sides of Interstate 5, which has made it more difficult to control the flames, Underhill said. The highway has been closed in both directions in that area.

Firefighters have not been able to build any containment lines against the fast-moving blaze, officials with the Shasta-Trinity National Forest said on Twitter.

Photos posted online by the U.S. Forest Service showed bright orange flames in a forest just beyond a truck on a highway, and broad columns of white smoke rising above forests.

The fire broke out at mid-day on Wednesday near an exit from Interstate 5, about 30 miles (48 km) north of Redding. Its cause was under investigation.