The FBI has not contacted Dr. Christine Blasey Ford for Brett Kavanaugh investigation -- is this why? 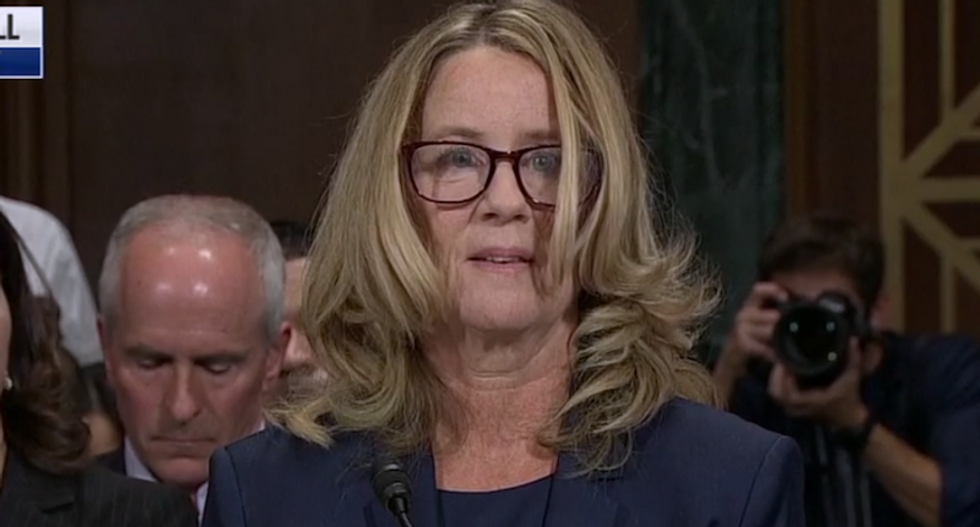 Dr. Christine Blasey Ford asked to be interviewed by the FBI but thus far they haven't approached her and pundits are confused about why.

"Dr. Ford’s lawyer [sic] says she has not been contacted by the FBI. Is that because she is not on the White House-approved witness list?" tweeted NBC investigative reporter Ken Dilanian.

Dr. Ford’s lawyer lawyer says she has not been contacted by the FBI. Is that because she is not on the White House-approved witness list?
— Ken Dilanian (@Ken Dilanian) 1538347478.0

There seems to be some confusion about the parameters and scope of the investigation. It was reported that the White House named only four people that could be interviewed for the background check. Neither Kavanaugh nor Dr. Ford were on the list. White House Counsel Don McGahn likely doesn't want Kavanaugh to be put in a position to lie to the FBI after he's already been found to have lied to the Senate more than once under oath.

President Donald Trump called the claim fake news, saying that he wants the FBI to do a full check into the judge in the next week. The White House press secretary backed up her boss, saying that the Senate Republicans are the ones in charge of the investigation.

"DOJ’s legal view is that a presidential order need not take any special form; if the president orders it, it counts," he tweeted.

Note to @FBI: whatever instructions White House staff gave you, the President’s tweet below is actually (no, really… https://t.co/qXsCXPmpLz
— Ian Bassin (@Ian Bassin) 1538277708.0

The FBI did interview the second accuser Deborah Ramirez on Sunday, sources said.