Federal government got away with 'bombing' Flint in 2013 'because it's a majority-black city': Michael Moore 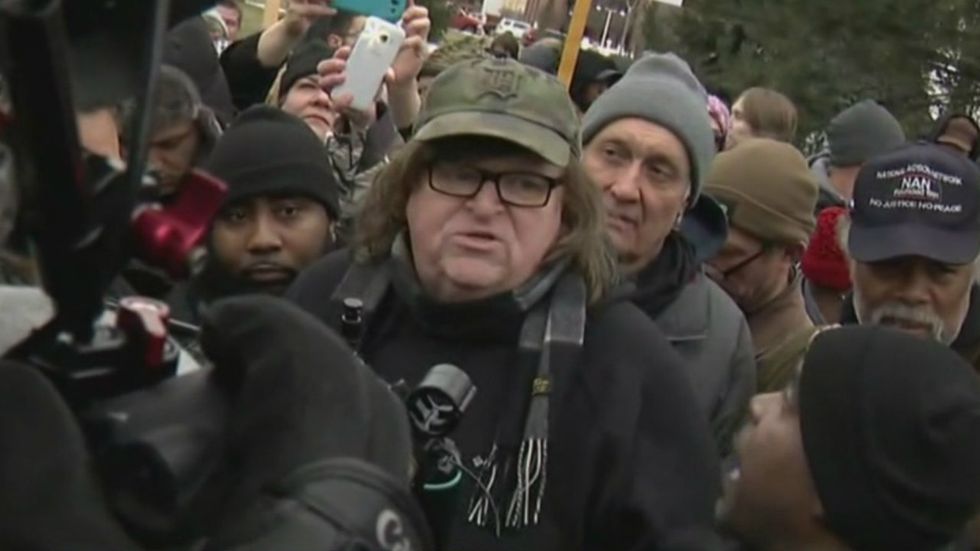 Filmmaker Michael Moore holds a press conference in his hometown of Flint, Michigan. Image via screengrab.

After revealing a horrific and underreported instance of the federal government using abandoned buildings in Flint, Michigan for "target practice" without warning residents, filmmaker Michael Moore weighed in on exactly why the military was able to get away with bombing his hometown.

The bombing and gunfire "went on for ten days, wasn't covered in the national media," Moore told MSNBC's Chris Hayes and his fellow panelists during a live town hall in Flint.

"You couldn't get away with that stuff in the old days," he added. "You can do that because this is a majority black city, the poorest city in the United States."

Watch Moore and Flint residents who worked on the film discuss the bombing below, via MSNBC: