FEMA chief Brock Long used $151,000 in unauthorized taxpayer cash for people to chauffeur him around 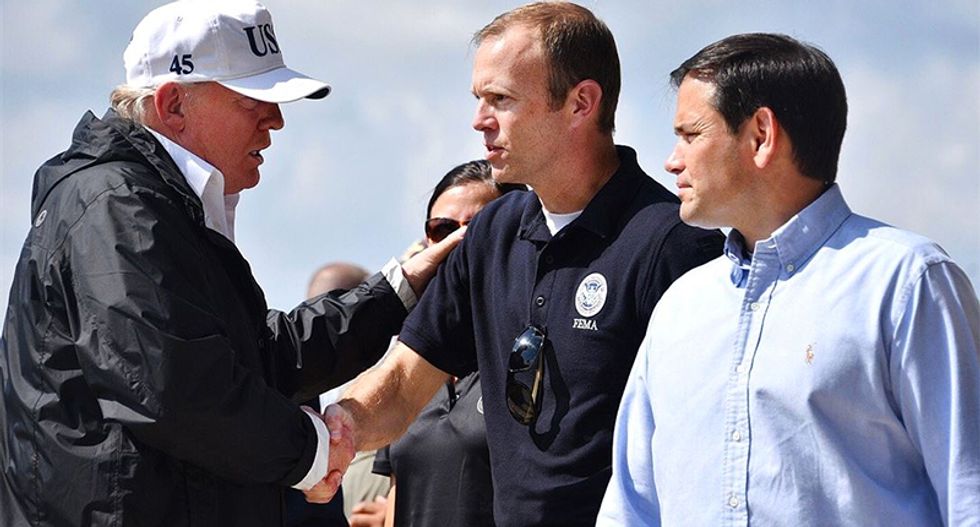 The Wall Street Journal reported Tuesday that an internal investigation into authorized government funds being used to chauffeur FEMA chair Brock Long around found he spent $151,000 in taxpayer dollars.

The money was used while Long was in his home in North Carolina and his family was in Hawaii during a business trip that happened to be the same week as his family's spring break.

The funds were never authorized by anyone, and the use of the staffers totaled $94,000 in salary and $55,000 in travel costs. There was an additional $2,000 in maintenance as well.

The aide, Keith LaFoucade, then destroyed the evidence detailing the trip in efforts to cover for Long during the investigation. That aide has since been suspended, according to someone familiar with the matter and he refused to comment.

The Journal obtained part of the Department of Homeland Security's report, and Sec. Kirstjen Nielsen has ordered him to repay the money. Her spokesperson said, however, she and Long haven't agreed on the amount he would pay back.